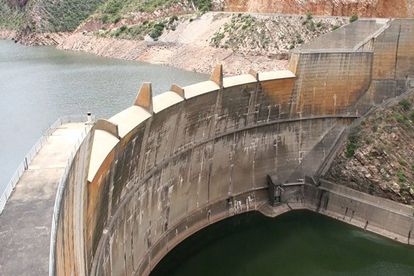 The water situation in many parts of the Eastern Cape is still in a frightening position. If it isn’t the horrible quality of water being seen in Gqeberha and the Nelson Mandela bay area, it’s the fact that dam levels are staggeringly low. In fact, the latest figures for the dams servicing Gqeberha show that the water levels are at an average of just 15%.

The long-lasting drought in the metro has seen the Kouga dam drop from its 126 megalitre capacity to just 18 megalitres. As a result of the crisis, Water and Sanitation Minister Senzo Mchunu is visiting the city to assess the situation.

This week, Mchunu visited the Nooitgedacht Water treatment Works that has long been under construction. The site has a capacity of 70 megalitres per day. According to Mchunu’s department, Phase 3 of the site is “99%” complete.

Once it is completed, it is expected to deliver water from the Orange River to the Nelson Mandela Bay Municipality and nearby areas. The scheme was originally meant to be completed in 2018.

In the meantime? Save water…

The Department of Water and Sanitation is urging residents of Nelson Mandela Bay and Buffalo City municipalities to continue to save water. It promised that the Nooitgedacht site will finally be able to provide some relief “within the next few months”.

Nelson Mandela Bay residents have complained since January about taps providing brown water. Despite the complaints, municipality officials insist that the water is safe to drink.

The Public health Committee has also heard that the water quality in the area has been steadily declining since October last year.