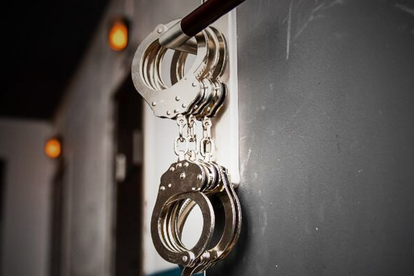 The South African Police Service (SAPS) in the Eastern Cape has arrested two suspects who had stormed a shop and held the owner of the business and his two assistants at knife point.

“It is alleged that at about 08:30, the suspects aged 26 and 30 years old walked into the shop and produced knives. One suspect jumped over the counter and took money from the till. The owner who was in the aisle shouted at his assistant to grab the suspect while he went after the second suspect. A customer who was also in the shop assisted in apprehending the suspects,” said SAPS Eastern Cape spokesperson Col Priscilla Naidu.

According to SAPS in the Eastern Cape, both robbery suspects were arrested and handed to police, but there was a scuffle which resulted in one of them being wounded and subsequently being taken to hospital.

“The suspect’s vehicle, a white VW Polo was also impounded for further investigation. Detectives are probing their involvement in other business robberies with similar a modus operandi that took place in June 2022. The suspects will appear in the Gqeberha Magistrates’ Court later in the week,” Naidu said.

Last month, a man was kidnapped and killed after he was accused of killing a shop assistant during an armed robbery.

The shop assistant, a 24-year-old foreign national, was shot and killed during a robbery in Matholanyile village in the Qhumanco administrative area near Cofimvaba.