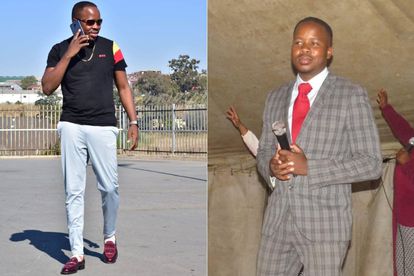 The high court in Mbizana made the decision on Wednesday, 31 August. The 35-year-old was found guilty on four counts of rape and two of human trafficking. Dywili, who hails from Mthatha, was allegedly on a ‘mission’ to heal the sick and secure jobs for others.

He sold products at roadshows in the Eastern Cape and had a base in Mbizana. Spokesperson for the National Prosecuting Authority (NPA) Luxolo Tyali stated that between July and August 2021, Dywili advertised his business on Inkonjane Community Radio and Facebook.

He reportedly used false testimonies to boost his business. According to Tyali, Dywili kept three victims captive and repeatedly raped them. The victims, aged between 23 and 25, were all from struggling families and were financially dependent on Dywili.

Tyali explained that a victim travelled from Cape Town after responding to Dywili’s advert on Facebook, he is said to have promised her a job and purchased a bus ticket.

“Upon her arrival, he raped her in his motor vehicle at his home in Mthatha, before isolating her at his base in Mbizana the following day. In Mbizana she found two more victims who had also been lured to his base with promises of job offers,”

A 17-year-old girl was allegedly his first victim

In 2020, a 17-year-old girl was sent to Dywili by her parents for ‘healing’ after she faced seizures. Dywili raped the teenager, she was reportedly the first victim to fall prey to the self-proclaimed apostle.

In the case of the teenager, Dywili was released on bail. Last year he was arrested after the three women he held captive escaped. Dywili maintained his innocence and plead not guilty, stating that the three women consented to sexual intercourse. Dywili said the three victims were his girlfriends, reports TimesLIVE.

Previously, it was reported that an Eastern Cape ‘Apostle’ who lured his victims on Facebook by promising fake jobs has been convicted for four counts of rape and more other charges on Monday.

Hlumelo Dywili, 35, who ran Apostle Hlumelo Dywili Ministries in the Eastern Cape targeted women by using his Facebook account. Four women aged between 20 and 24 had fallen victim to the Apostle’s ploy.

Using his Facebook, he told his victims that he was going to offer them jobs, which turned out to be non-existent, said Hawks spokesperson Captain Yolisa Mgolodela. One of his victims had travelled from Cape Town and the other three were fetched in Mthatha. Read the full story here.