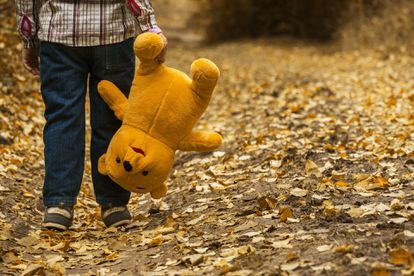 A 37-year-old man was caught with the body of the child he allegedly murdered on Tuesday. Image: Pixabay.

A 37-year-old man was caught with the body of the child he allegedly murdered on Tuesday. Image: Pixabay.

The body of a three-year-old boy was found in bushes in Bhongweni Location, East London on Tuesday afternoon, 4 October. He was allegedly killed by the man he was last seen with.

The East London man allegedly went to the mother’s house at approximately 15:30 and fetched the child, Sinobom Tywantsi, while he was playing with other children in the area.

“He took the child to nearby bushes and allegedly slit his throat. Community members who saw him going into the bushes, immediately contacted the police who found the suspect with the deceased child,” said Naidu.

A blood-stained knife was found at the scene. The police believe the motive for the brutal murder “is suspected to be a paternal issue.” The suspect is expected to face a murder charge in court imminently.

In an unrelated incident, a three-year-old girl was allegedly raped and murdered in Nonzwakazi Township, Eastern Cape in September. She was reportedly killed by an intruder while sleeping alone in a room.