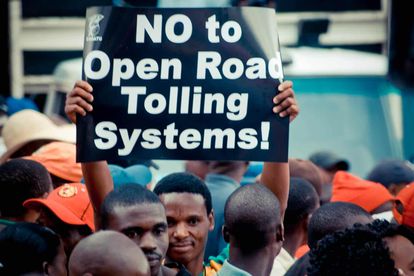 It is a dismal time for Sanral at the moment. After almost seven years of non-compliance and protests against the e-tolls system, the government agency is paying a hefty price for their stubborn insistence on keeping the gates in operation. Their integrated report for the year ended 31 March 2019 is, ironically, a car crash.

E-tolls – how much debt do Sanral have?

It shows that Sanral have had to give up on R1.84 billion’s worth of debt because it is “highly unlikely” they will ever get it back. With their creditors demanding a minimum of R11 billion, the group have been advised to get money from wherever they can – rather than waste their efforts on frivolous endeavours.

Their revenue bills are an absolute shocker too. Last year, they managed to raise R1.87 billion from e-tolls and the payments made by law-abiding motorists. This year, the value has slumped to R687 million – that’s an enormous loss of 63%.

The cause of this decline

It’s not all linked to non-compliance, though. As the folks at Tech Central explain, Sanral adopted IFRS 15 accounting practices for the financial year 2019, replacing the IAS 18 method used before. This has somewhat inflated the “real” reduction figures, but the change still means that almost R2 billion of e-tolls debt has been written off for good.

The impairment, as Sanral are calling it, was partly a reflection of the probability of collection based on historical trends and a new international financial reporting standard.

Will e-tolls stay or go?

The future of e-tolls seems to sit upon an indecisive pendulum. We’ve seen evidence this year that the system is moving closer to the exit door. However, there are also reports that the government are trying to establish some eleventh-hour interventions to make the gantries “great again”.

Sanral have recently received a R7 billion loan to cover their operational costs, but critics are suspicious of where that money is going. The Organisation for Undoing Tax Abuse (OUTA) have warned that the funds could be used to prop up a project that is consistently failing.

There are also suggestions that the new Aarto demerit bill could cheekily sweep some rules regarding toll payments into their guidelines. Apparently, the law plans to fine motorists R500 for every gantry they drive through and refuse to pay. This, for a large number of drivers in Gauteng, could lead to a disastrous amount of fines piling up.