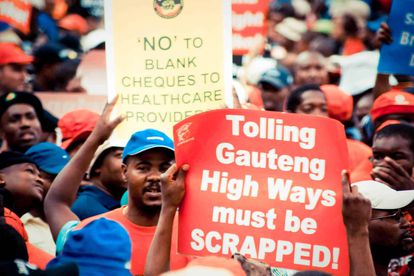 The Automobile Association (AA) said the government’s announcement on the future of the extremely unpopular e-toll system in Gauteng cannot be pushed back any further and called for the system to be cancelled with immediate effect. It has also called for those who have paid e-tolls since 2013 to be reimbursed.

In mid-February 2021, Transport Minister Fikile Mbalula indicated he would reveal the fate of e-tolls before the end of March, which is now upon us.

The AA said it believes any decision Mbalula makes that does not result in the end of the much-maligned tolling system is “doomed to fail”. The Association believes government has missed the opportunity to re-implement the flawed e-tolls, properly, because of the uncertainty caused by the continuous delays in providing a resolution and must now explore alternative solutions to remedy the situation.

The AA’s mid-2019 Road Funding Report revealed that most Gauteng motorists “have no intention of ever paying for tolls”. “Nothing has changed, except that more allegations of corruption have been levelled against the system which we believe only hardens people’s views not to pay,” said the AA.

The public’s opposition – and refusal to pay – has been well documented since the e-toll system was implemented in 2013 but government has kept it in play despite a terrible toll collection strategy by the entity responsible for the tolling system, the South African National Roads Agency Limited (SANRAL). Before COVID-19 hit our shores, Gauteng’s e-toll compliance rate was around 20%, which generated just R60 million a month.

“[SANRAL] missed several opportunities to soften its approach to gain more popularity for the system, but instead it has persisted with a heavy-handed approach which is further widening the gap between itself and the public,” said the AA.

Earlier this month, the agency allegedly threatened to suspend and block the car license renewals of citizens with outstanding e-toll debt. The Organisation for Undoing Tax Abuse (OUTA), which has been a fierce opponent of the toll system for years, quickly called out SANRAL and accused them of spreading “fake news through fearmongering” as license renewals can only be blocked on the basis of an enforcement order for outstanding infringements and not because of outstanding e-tolls fees.

“Fear mongering. If it was in effect, 80% of Gauteng residents would have been unable to renew their licenses, including the whole OUTA team,” said the lobby group in a tweet.

The AA said SANRAL’s approaches are counter-productive and dismissed their threats as hollow because they operate in an area, which has no clear directives from government, and they are alienating the people who are being asked to pay the e-tolls.

The Association expects the trend of non-payment to continue in the weeks ahead and predicts that more people will fall out of the system because of SANRAL’s “history of dismissing the public’s opinion”. The 2019 report found that people are dead set against paying the tolls as a matter of principle and they will not change their minds for any reason, therefore, the AA feels the only sensible option is to suspend e-tolls in Gauteng immediately.

“Government must be bold in taking a firm decision to terminate e-tolls with immediate effect, cancel any outstanding debt, reimburse those who have paid, fund e-tolls through a (nominal) tax on fuel, and do all of that before the end of March. Gauteng motorists have been patient but its unfair to keep them guessing for much longer,” said the AA.