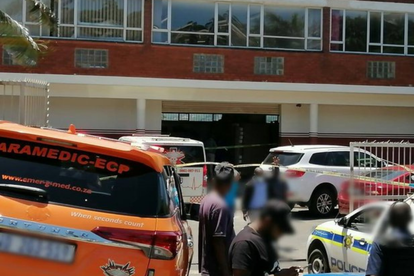 Durban paramedics have confirmed two security guards were murdered during a business robbery in Durban on Wednesday 3 November.

According to Emer-G-Med, the emergency medical personnel rushed to the crime scene to find the two victims, estimated to be between the ages of 40 and 50, with one dead at the scene from gunfire wounds, while the other was taking his final breaths.

“One man was found to have sustained fatal wounds and there was nothing paramedics could do to assist him. He was declared dead on arrival,” Emer-G-Med’s Kyle van Reenen said.

The second victim, who was discovered in a critical condition, succumbed to injuries and lost his life shortly after paramedics had done their utmost to keep him alive at the scene.

It is understood that the alleged killers arrived at the scene to find the two Durban security guards on duty at the business premises before launching an attack with gunfire, though it is not revealed whether the robbery was a success or not.

“Reports from the scene allege the men were working as security officers at the business when they were confronted by armed suspects during a business robbery.

“A shoot-out ensued, resulting in the tragedy,” said Van Reenen.

“The South African Police Services were in attendance and will be conducting the necessary investigations accordingly.”

In a related story, a security guard has died a few days after he was shot during a robbery at the Gateway Shopping centre in Umhlanga, Durban. “Sad to report the security officer we attended to at Gateway with the GSW post-armed robbery earlier this week has passed away,” Emer-G-Med spokesperson Kyle van Reenen confirmed.