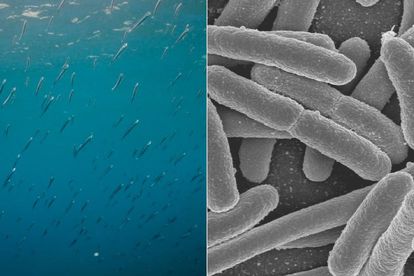 As sardine season starts, residents in Durban have been urged to not eat the fish caught on the coastline due to the beaches and rivers having high levels of E. coli. Photo: William Rhamey and NIAID / Flickr

As sardine season starts, residents in Durban have been urged to not eat the fish caught on the coastline due to the beaches and rivers having high levels of E. coli. Photo: William Rhamey and NIAID / Flickr

The start of sardine season in KwaZulu-Natal has prompted environmentalists to warn citizens of Durban against eating fish that have been caught along the coastline.

E. coli presence in rivers and beaches is a concern

The warning stems from reports indicating the presence of E. coli, an incredibly harmful bacteria, in rivers and beaches. Multiple beaches still remain closed to the public as a result of E.coli reports in the water.

Desmond D’Sa the coordinator of the South Durban Community Environmental Alliance commented on the impact that E. coli could have on fish along the coastline. He also mentioned common health problems that may impact those who consume the contaminated fish.

“The fish is not edible” – expert

“The fish is not edible, with the high levels of E. coli, people would get sick. The main health problems that they would experience would be a running tummy and a running stomach,”

“So I would urge people not to eat any fish coming out of the Durban beachfront unless it’s caught further north of Durban, in other words, somewhere around Richards Bay or Tugela, far away from the area that has been affected and also on the south coast. I suggest they eat fish coming further down south from Park Rynie and other areas,”

Previously, it was reported that sardine fever hit KwaZulu-Natal (KZN) on Friday, 17 June with hundreds of people heading to beaches in Margate to witness the first shoal of sardines being hauled in.

The KZN sardine run usually takes place between May and July and often sees millions of sardines move along the province’s coast. Several videos of the fishing frenzy in Margate were shared via The Sardine Run Facebook page.

According to the South Coast Herald, crates of fish are reportedly selling for R1500. The KZN Sharks Board conducted an observation flight into Eastern Cape waters – from Virginia Airport to Hole in the Wall – to assess the movement of the sardine shoals, according to a statement on 14 June. Read the full story here.