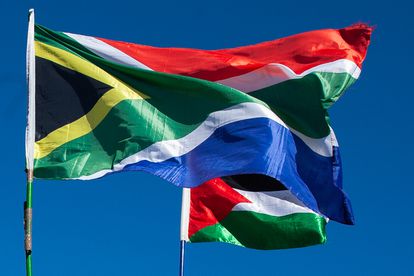 Members of the South African Transport and Allied Workers’ Union (SATAWU) have announced that they will refuse to handle the cargo from an Israeli ship at the Durban port on Friday, 21 May; while activists will hold a protest in solidarity with Palestine at the same time.

SATAWU issued an impassioned statement on Tuesday that condemned Israel’s role in the 11-day violence in the Gaza strip, which has claimed the lives of at least 200 Palestinians and 12 Israeli’s. The trade union said it was brought to their attention that “a shipment from apartheid-Israel” would be arriving at the Durban Port.

“As a school of class struggle, located in the transport industry, SATAWU calls upon its members to stage rolling boycotts against these shipping companies and take part in lunchtime pickets, to show solidarity for the subjugated,” said the trade union.

The South African BDS Coalition – a local Palestinian Solidarity Organisaton – said SATAWU’s decision is heeding the call made by the Palestinian General Federation of Trade Unions (PGFTU), which asked workers and trade unions across the globe to “refuse to unload [Israeli] ships and goods from sea and airports.”

SATAWU previously refused handle Israeli goods in 2009 during the 2008-2009 conflict in the territory – “because history tends to repeat itself, SATAWU will always support any form of struggle aimed at liberating the working-class from the shackles of colonialism, cloaked as the capitalist mode of production.”

Earlier this week dockworkers in Livorno, Italy, also refused to load a shipment, which reportedly contained weapons, onto a ship owned by an Israeli company. The Italian trade union said, “The port of Livorno will not be an accomplice to the massacre of the Palestinian people.”

According to the BDS Coalition, the boycotts against Israeli shipments are part of a larger campaign – meant to sanction the state – called “Block the Boat”.

SATAWU has already informed Transnet about their refusal to handle the Israeli cargo and several other trade unions and federations have pledged their support for the decision.

Activists groups will hold a protest at the Durban Esplanade at 7:00 on Friday.

On Thursday night, Israel and the Palestinian groups involved in the 11-days of violence in Gaza announced that a ceasefire would come into effect soon.