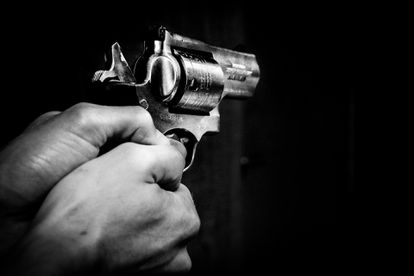 A Durban cop allegedly shot and killed his 10-year-old son. Image via Pixabay

A Durban cop allegedly shot and killed his 10-year-old son. Image via Pixabay

The Independent Police Directorate (IPID) is reportedly investigating a case of murder after a Durban cop allegedly shot his 10-year-old son.

The incident reportedly happened on Sunday, 19 June after the police officer mistakenly took his son for an intruder.

It is understood the officer mistook his son for an intruder in their yard when he opened fire. After realising that it was his son that was shot, neighbours rushed them to hospital for medical attention.

The 10-year-old son who sustained bullet wounds to his chest and foot was reportedly rushed to hospital following the incident but sadly he succumbed to his injuries.

KwaZulu-Natal police spokesperson Brigadier Jay Naicker confirmed the incident and said police rushed to the home of one of their members on Sunday morning.

“On June 19 at 10am, Mayville police were called to a house in Manor Gardens where a 10-year-old was shot. He was rushed to hospital and declared dead on arrival. A case of murder will be investigated by Mayville police.”