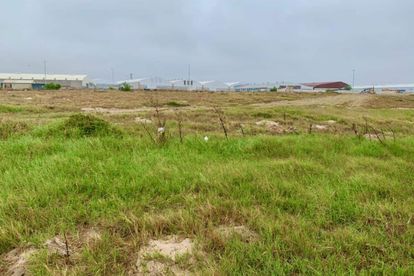 The site to which 1,500 families will be relocated on Winning Way in Milnerton. Photo: Peter Luhanga

The site to which 1,500 families will be relocated on Winning Way in Milnerton. Photo: Peter Luhanga

By Peter Luhanga for GroundUp

About 1 500 families in the overcrowded Dunoon township will be relocated to land situated at Winning Way, Milnerton, Cape Town.

Marcellino Martin, spokesperson for Western Cape Provincial Minister of Human Settlements Tertius Simmers, said the move was “quite significant”. Beneficiaries in the Dunoon and Greater Kosovo informal settlements, identified on the City of Cape Town Housing Demand Database, would not return to their current homes after being relocated, said Martin.

He said the project was already in the pipeline for implementation, but the COVID-19 pandemic and the request from the Minister of Human Settlements, Water and Sanitation Lindiwe Sisulu to re-block the overcrowded area necessitated that the upgrading process is immediately accelerated “to combat the spread of the virus”.

Martin and the City of Cape Town had previously not responded when GroundUp asked where exactly Dunoon residents would be relocated.

Most vulnerable to be prioritised

Martin said community leaders would be told which criteria would be used to identify the beneficiaries for the Rapid Informal Settlement Support and Upgrade Programme (RISSUP). The most vulnerable, which includes the elderly, disabled and backyard dwellers, would be prioritised, he said.

On Monday, Sisulu and Simmers visited the site where the TRUs are to be built. Sisulu said she did not want any further delays on the project.

On 21 November, businesses were asked to comment on the City’s application to rezone three vacant plots, constituting of about 4 732 square metres of the Winning Way industrial park. The proposed rezoned property will be added to land the City and provincial government had bought for R64.6 million.

Asked about possible opposition from the business park owners, Sisulu said, “If they want us to build a wall, we will put up a wall. Part of what we do as government is to make sure that people are close to their work and near business nodes. If we have to put up a fence then we will.”

“We have to make sure people have a home … People come first; people and their health,” she said.

Simmers said the 1 500 residents would be moved to the TRU in July. He said the land on which the TRUs would be built was part of the 17 hectares of land that the province purchased and had planned for mixed developments.

Sisulu said, “Dunoon was identified by us because it is overcrowded. We don’t want anymore delays. All the funds should be spent.”