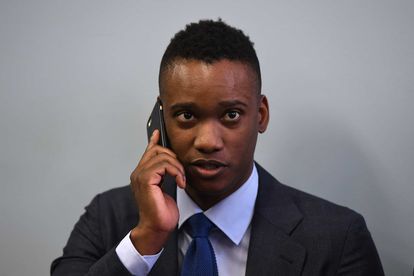 Duduzane Zuma, the son of former president Jacob Zuma during his appearance at the Johannesburg Commercial Crimes Court, where he is facing charges of fraud and corruption on January 24, 2019 in Johannesburg, South Africa. Corruption charges against Duduzane Zuma were withdrwan to allow a key witness to finish giving testimony at the Zondo inquiry into state capture – Photo by Gallo Images / Netwerk24 / Felix Dlangamandla

Duduzane Zuma, the son of former president Jacob Zuma during his appearance at the Johannesburg Commercial Crimes Court, where he is facing charges of fraud and corruption on January 24, 2019 in Johannesburg, South Africa. Corruption charges against Duduzane Zuma were withdrwan to allow a key witness to finish giving testimony at the Zondo inquiry into state capture – Photo by Gallo Images / Netwerk24 / Felix Dlangamandla

It’s all over bar the shouting – a lot of which we can expect once judgement has been handed down in the Duduzane Zuma culpable homicide case on Friday. The son of former President Jacob Zuma has come to the end of the road in this particular legal battle, and the Randburg Magistrate’s Court prepares for a monumental decision.

We’re taking a quick look at the arguments presented by both the defence and the prosecution during this trial, and assessing the grounds on which this case will be won and lost: Here’s what you need to know:

What has the defence said?

The key tactic from Mike Hellens has been to shift the blame from Duduzane Zuma and onto his car. The Porsche 911 is a fantastic motor but comes with its own issues. “Aquaplaning” is one of them. It’s generally accepted that the car struggles to come to a halt when the brakes are used on a wet surface.

Konrad Lotter is a reconstruction expert, and he spoke in favour of Duduzane’s version of events when the defence presented their case. He suggested that Zuma was doing no more than 87 – 89km/h – well under the speed limit – when his Porsche slammed into the back of a taxi, killing a young woman and injuring three other people.

Meanwhile, eyewitness Michael Jankelowitz was asked to share his version of events. He says he saw the accident happen as he drove alongside the vehicles, but denied that speeding or “reckless driving” was a factor that caused this fatal collision. He told the court that Duduzane Zuma “was not driving at an excessive speed”.

What has the prosecution said?

However, although Zuma could have been going under the speed limit – a suggestion disputed by two other state witnesses – that doesn’t absolve him from blame. Prosecution lawyer Yusuf Baba has tried to conclude that Duduzane did not exercise caution before the collision.

He also wants to prove to the court that Zuma Jnr was negligent in the way he cared for his Porsche. It’s been established that Duduzane did not get a new set of tyres, despite being his vehicle being overdue for the service.

Baba has also questioned why Duduzane Zuma informed the crash site assessor that he was driving 70km/h, but was now giving a different version to the court. The defendant has claimed he was only giving an “approximation” at the time, but the prosecution have slammed him for failing to adjust to the adverse weather conditions.

For now, the Randburg Magistrate’s Court – and the majority of South Africa – holds its breath on judgement day.