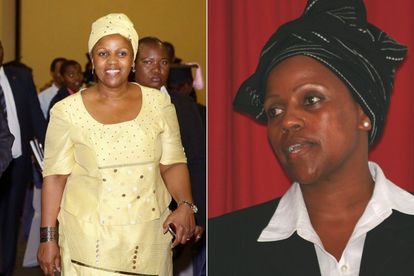 The State says it is ready for trial after former SAA board Chairperson Dudu Myeni’s case was postponed to 14 June. Photo: GCIS and Sharon Davis / Flickr

The State says it is ready for trial after former SAA board Chairperson Dudu Myeni’s case was postponed to 14 June. Photo: GCIS and Sharon Davis / Flickr

Former South African Airways (SAA) board Chairperson Dudu Myeni’s case has been postponed. Myeni will be back at the Johannesburg Magistrate’s Court on 14 June 2022, according to reports.

On Wednesday, 4 May, the State said it was ready to put Myeni on trial. Aside from her charges of defeating the administration of justice, Myeni is facing another charge. The former SAA Chairperson is facing charges of contravening the Commission’s Act and Regulations.

It has been reported that Myeni has numerous options available. The State said, on its part, that it was ready for trial. Advocate for the State Rendani Ndou shared, in court, that the DPP had rejected Myeni’s representations. Ndou added that the defence was considering its options.

Spokesperson for the National Prosecuting Authority (NPA) Phindi Mjonondwane says that should the defence pursue its representations, the offices of the National Director of Public Prosecutions (NDPP) would be the next port of call.

Mjonondwane was adamant that the State was ready for trial, reports EWN.

“So, we will be guided by the defence whether they want to approach the office of the NDPP or they want us to continue with trial. But as the state we are ready to proceed,”

Dudu Myeni will be back in court on Wednesday, 4 March. The former South African Airways  (SAA) chairperson will make her second appearance before the Johannesburg Magistrate’s Court.

The purpose of Myeni’s court appearance is for her to answer for criminal charges with regard to her conduct at the State Capture Commission of Inquiry. The charges come from her ‘blunder’ on the stand.