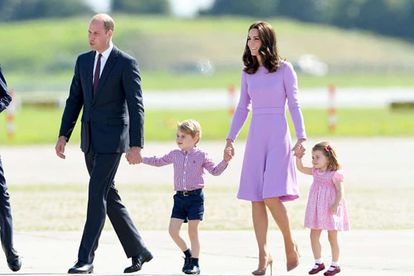 The Duke and Duchess of Cambridge, Prince William and Kate Middleton are expecting their third child.

The Queen and members of both families are delighted with the news.

As with her previous pregnancies, The Duchess is suffering from Hyperemesis Gravidarum.

Her Royal Highness will no longer carry out her planned engagement at the Hornsey Road Children’s Centre in London today. The Duchess is being cared for at Kensington palace.”

Their third child will stand fifth in line to the throne, following Prince Charles, Prince William, Prince George and Princess Charlotte. The BBC reports that a change came into play in March 2015, with Royal sons not taking precedence over their female siblings in the line of succession. Kate and William’s third child will also be the Queen’s sixth great-grandchild.

Many Twitter followers were excited upon hearing the news, even Prime Minister, Theresa May:

PM – This is fantastic news. Many congratulations to the Duke and Duchess of Cambridge.

The balcony will be a bit more crowded soon with the announcement that Duke and Duchess of Cambridge are expecting their 3rd child #Royals pic.twitter.com/25jfN5WTS4

Now, others are making the same joke…

With the World Cup in 9 months, one man plans his paternity leave perfectly #RoyalBaby pic.twitter.com/vpGHFZPXL3

? When you get your wife pregnant just in time for the World Cup…#MaternityLeave#RoyalBaby pic.twitter.com/1IIdvPHXuD