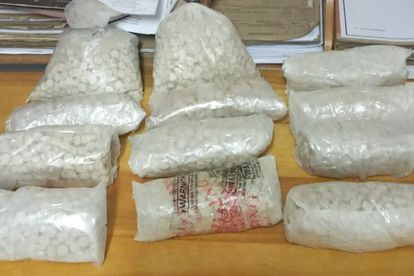 Drugs with an estimated street value of around R340 000 have been seized by police in the Western Cape town of Beaufort West after being found on a long-distance passenger bus.

Officers discovered a quantity of 6 788 Mandrax tablets hidden inside a sports bag when they searched the trailer that the bus was towing.

They then matched the bag to a 29-year-old woman passenger, who was arrested on a charge of dealing in drugs and appeared in the Beaufort West Magistrate’s Court on Friday.

A police spokesperson said the bus was stopped at a weighbridge on the N1 highway by members attached to the Provincial Organised Crime Unit, Beaufort West K9 and Crime Intelligence.

They had been deployed to the area to pay particular attention to drug trafficking, he said.

This is not the first time that long-distance buses have been used to transport illegal goods around the country.

In Johannesburg they arrested a man who took possession of 18 boxes of abalone, valued at about R3-million, which had been loaded onto the bus in the Western Cape.

Meanwhile, in another drugs-related seizure on Friday, a man was arrested at Bothitong, around 85km from Kuruman in the Northern Cape, for dealing in dagga.

The 25-year-old suspect was found in possession of a large quantity of the drug, estimated to have a street value of around R85 000.

Police said he was arrested by members of the Kimberley Dog Unit and John Taole Gaetsewe District Crime Intelligence, who were acting on information received.

The man will appear in the Bothitong Magistrates’ Court shortly.