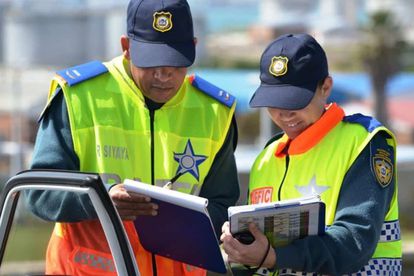 South African traffic police will be out in full force during the festive season. Image: Arrive Alive

South African traffic police will be out in full force during the festive season. Image: Arrive Alive

A road traffic inspectorate (RTI) policeman was killed during a high speed drug chase between police and a vehicle that was transporting drugs this week.

Provincial Inspector, Devan Naik, who was stationed at Winkelspruit RTI died in Netcare St Anne’s Hospital in Pietermaritzburg, after he was knocked over during the high-speed chase on the N2 freeway in Prospecton on Sunday.

The Department of Transport, Community Safety and Liaison said in a statement that the incident occurred during a routine RTI speed operation.

“It is alleged that a black VW Golf, which was travelling at 200km/h, was transporting drugs when it was chased by Metro Police and SAPS.  Provincial Inspector Naik intervened by trying to stop the vehicle and he was accidentally knocked by a vehicle travelling in the opposite direction,” the department said.

Police arrested the alleged drug dealer at the scene.

“The driver of a vehicle that knocked Provincial Inspector Naik, was also arrested and is facing a case of culpable homicide. The incident happened as he was in full uniform and wearing a reflective vest, which is a requirement for traffic officers when conducting such operations,” the department said.

Naik sustained serious head injuries and was airlifted to hospital. His condition deteriorated and he died two days later.

KZN MEC for Transport, Community Safety and Liaison Neliswa Peggy Nkonyeni expressed her shock following his death, describing him as “a gallant fighter, who died saving the nation from a dangerous drug lord and errant driver, who had no regard for the rule of law”.

“We wish to convey our deepest condolences and sympathy to the Naik family and the entire traffic fraternity,” she said.

She said Naik was “one of the most dedicated and hard-working officers, who would go beyond the call of duty to save lives of innocent people on the road”.

“He died with his boots on in the line of duty. His departure will not be in vain but instead we will play close attention to both cases and make sure justice is done,” Nkonyeni said.

She said the death of Naik, an experienced officer, was “a big blow” to the RTI as he was experienced and had died at time when more officers were needed.

“In his memory, we call on all traffic officers to continue working hard, rooting out all irresponsible drivers and criminals who are using our roads to perform their nefarious deeds,” Nkonyeni said.