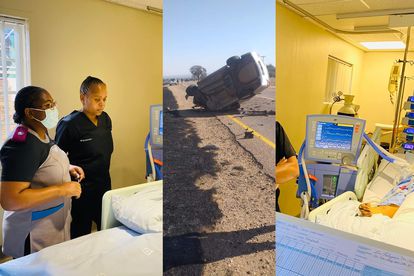 This sole survivor was travelling with two other nurses when they were involved in a deadly accident.

“The patient is currently in ICU and the MEC expressed her well wishes,” said Thilivhali Muavha, the MEC’s spokesperson.

The sole survivor is currently in a critical condition at Polokwane Mediclinic Intensive care unit.

The three nurses were employees of the department of health stationed at the Mokopane Hospital Maternity ward.

DETAILS ABOUT THE CAUSE OF THE DEADLY CRASH

The office of Dr Phophi Ramathuba reported that the trio was returning back from a funeral when the car they were travelling in was involved in a head-on collision.

The accident happened on Saturday, 20 August 2022 on the R81( Munnik) next to Mall of the North in Polokwane.

“It is with deep sorrow and sadness that as a province we have lost two of our nurses who were central in the provision of maternal and child healthcare services.”

She added: “As the health department, we send our deepest condolences to the families, friends and colleagues on their loss. May the memories of their contribution to the health fraternity console us as we continue to render services to our people”.

“May the souls of the departed Rest In Peace and we also wish a speedy recovery to the surviving member who is still in hospital”, said MEC Ramathuba.