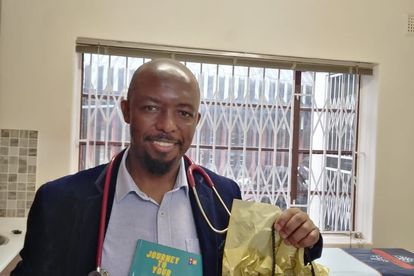 Dr Mzukwa was reportedly attacked by criminals who stabbed him multiple times on Saturday, 20 August while driving home from King Shaka International Airport.

According to the SA medical Association, Mzukwa was attacked on the side of the road while driving home from King Shaka International Airport. He was on his way back from a SAMA Board meeting.

SAMA further said that Mzukwa sustained multiple stab wounds on his chest. He was discovered by the Durban Metro Police who also reportedly assisted him to reach the Emergency Department at a nearby hospital.

“He is currently stable and is recovering at an Intensive Care Unit,” the association said.

SAMA has raised its concerns about the high levels of crime in the country, with the latest statistics showing an increase in hijackings compared to 2021.

SAMA also weighed in on the increase in crime and said this latest attack shows that no one is spared of this scourge. It further called on the South African Police Service (SAPS) to increase vigilance and protect its citizens.

On Friday, 19 August, Police Minister, Bheki Cele presented the crime statistics for the first quarter of 2022.

While crime levels showed a decreased compared to the same quarter in 2021, some showed an increase. Car hijackings showed a 14% increase year-on-year.

A total of 5 866 hijackings were reported across the country over the period, up by 720 from a total of 5 146 over the same period 12 months prior.

ALSO READ: SAMA Chairperson steps down from her role with immediate effect