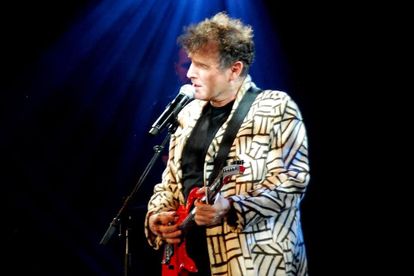 As part of this final World Tour, Johnny will be performing at the Eventim Apollo in Hammersmith, London on 18 and 19 August 2017.

The production is the largest ever for a live Clegg performance and features his greatest hits  – from Juluka’s Universal Men first released in 1979 through his Savuka years as well as songs from his solo career. He’ll be supported by his live band.

Johnny Clegg was diagnosed with cancer in 2015 and underwent chemotherapy treatment. Throughout the treatment, he continued to tour locally and internationally undertaking a nine-week tour of USA and CANADA in 2016. Johnny is currently finishing a new album and his autobiography. As he is in remission, Johnny has decided to use this opportunity to perform a final set of concerts in SA and internationally to thank his fans for their support over the 35-year long journey that spans his career.

Clegg’s ability to illuminate the connectedness of all human beings through his music meant he was a pioneer of social cohesion in South Africa. He also provided a portal for international audiences to gain a deeper understanding of the anti-apartheid movement and the journey towards, and ultimately into, freedom. For this, Clegg has received many different honours including an OBE (Officer of the Order of the British Empire), the South African Order of Ikhamanga and the French Chevalier des Arts et Lettres (Knight of Arts and Letters), as well as several honorary doctorates.

Additional dates are set to be added later in the year for what promises to be the most powerfully emotional live shows of a truly singular South African – a dancer, anthropologist, singer, songwriter, academic, and activist like no other.

Tickets for the South African dates of Johnny Clegg’s Final Journey World Tour are available through Computicket.com or by calling 083 915 8000.

Dubai tickets are available from www.dubaiopera.com

Tickets for this unmissable event are selling fast as fans ensure they don’t miss this South African on his Final World Tour.

In the mean time, check out these videos of some of Clegg’s classic hits: