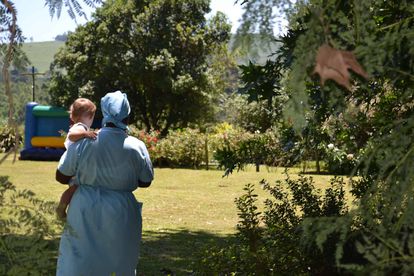 Thanks to a landmark decision in the Pretoria High Court Domestic Workers in South Africa will now be able to claim from the Compensation Fund for accidents and injury at work.

Exclusion classed as an ‘Unconstitutional Ac

The ruling declares the exclusion of domestic workers from the Compensation for Occupational Injuries and Diseases Act as unconstitutional. According to Statistics South Africa, there are about one million people working as domestic workers in this country.

It marks a significant step in the tragic tale of Silvia Mahlangu’s mother, who drowned in the swimming pool at her place of employment after slipping on a roof while cleaning windows.

She was denied any form of financial compensation because domestic workers were not included in the Act.

This has been the case since it was committed to law in 1993.

“The department took a step in 2002 when it included the domestic workers in the unemployment insurance fund. The next step was to incorporate those domestic workers within the Compensation of Occupational Injuries and Diseases Act, which is something the minister commenced around 2011.”

There is some controversy over why it has taken the Department of Labour so long to make this adjustment to the act, especially after Labour Minister Mildred Oliphant published proposed amendments in October last year.

An excerpt of an affidavit from Mafata to the Pretoria High Court published by the Mail & Guardian claimed the delay was to allow the department enough time to ensure they could cover the additional workload the change would cause.

This was rejected out of hand by an accompanying affidavit from Mahlangu:

“It defies logic… that the department can think this is a legitimate factor to be considered when evaluating whether or not the exclusion of domestic workers passes constitutional muster.

“[The labour department has had] well over 20 years in order to develop the institutional capacity referred to.”

While this is amazing news for more than a million domestic workers in South Africa, the story is far from over for the Mahlangu family.

Now, the Socio-Economic Rights Institute – who is representing the family, will start proceedings in order to have the changes applied retroactively to provide much-needed relief to the Mahlangu’s and other bereaved families around the country.