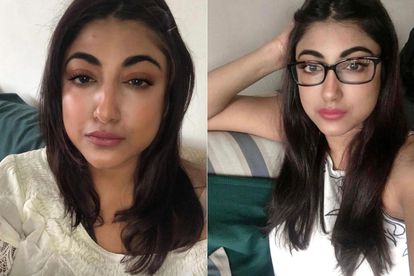 Ashrika Seeripat was allegedly suffocated to death in her home and her domestic worker was arrested and charged with her murder. Photo: Shrika Seeripat / Facebook

Ashrika Seeripat was allegedly suffocated to death in her home and her domestic worker was arrested and charged with her murder. Photo: Shrika Seeripat / Facebook

Umzinto actress Ashrika Seeripat’s domestic worker, who is accused of her murder, has abandoned her bail application.

Seeripat was allegedly suffocated to death during a home invasion

The 42-year-old fell victim to a home robbery in which she was allegedly suffocated to death. The incident occurred on 7 July 2022. According to provincial South African Police Service (SAPS) spokesperson Constable Thenjiswa Ngcobo, Seeripat and her domestic worker were accosted by unknown men at gunpoint.

The men allegedly demanded cash from them. Constable Ngcobo revealed that Seeripat’s body was found lying on the side of a bed.

“It is suspected that the victim was suffocated. Her body was found lying on the side of the bed,”

The actress’ 54-year-old domestic worker was arrested shortly after and charged with murder. It’s been reported that she appeared before the Umzinto Magistrate’s Court on Friday, 22 July, for a formal bail application.

KZN National Prosecuting Authority (NPA) spokesperson Natasha Ramkisson-Kara stated that the Seeripat’s domestic worker abandoned her bail application. The case has now been postponed to the first week of August.

Seeripat’s sister revealed that their father, Ramjathan, passed away on 1 July 2021, reports IOL. She explained that Seeripat was not married and had no children. The 42-year-old featured in a local movie titled Broken Promises 2.

Meanwhile, it was reported that a man was found hiding under a bed at his parents’ home after killing his girlfriend and leaving her body at his own rented place in Katlehong.

The couple were in a relationship where Maake was violent towards his girlfriend, NPA spokesperson Phindi Mjonondwane said. This was proven two months before her death, when Maake went to his girlfriend’s parents’ home with a canister filled with petrol. Read the full story here.