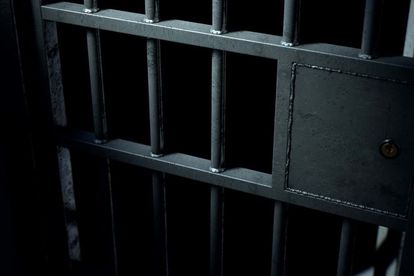 A domestic worker, accused of abusing a disabled boy between 2017 and 2018, has been detained in Gauteng and will formally apply for bail on Thursday 18 June.

It is alleged that the mother hired a domestic worker to look after her 18-year-old son while she goes to work. Upon the mother’s arrival home, she would find her son with bruises on his body.

It is alleged that in 2017, the mother hired a female domestic worker to look after her son, who is disabled so that she could go to work.

“The child would have bruises on the forehead and blue marks on the upper body which the worker will claim that the child is playing rough and sometimes he retaliates when removed from a dangerous object,” said Captain Pearl van Staad.

“The mother/complainant would then reprimand the worker to be more cautious and careful with the child, but the child’s condition didn’t improve,” added Van Staad.

In 2018, during the month of August, the boy sustained serious bruises on the face. The worker mentioned that he banged himself into a cupboard. The mother didn’t believe her story and decided to install cameras in the boy’s bedroom and in the living room.

The mother allegedly saw footage of the domestic worker abusing her son. She then confronted her about the abuse but she denied all allegations and before month-end, insisted on leaving.

“She fled and never came back,” said Van Staad.

The mother downloaded the video footage and reported the matter to SAPS where she also mentioned that the domestic worker had two cellphones and that she could possibly be using a false name.

On Thursday 11 June, the mother came to the Brakpan SAPS to complain about the case, which she felt, was not investigated to her satisfaction.

Lieutenant Colonel Chetty reopened the case to intervene and followed up by interviewing the mother. Later on Thursday, Chetty followed up on information he received, which led to the arrest of the 36-year-old female in the Vaal/Sebokeng area in Gauteng.

“The suspect was on the run, that’s the reason for her false identity,” said Van Staad.

The suspect was detained at Brakpan SAPS on Thursday 11 June and appeared in court on Friday 12 June. Bail was denied and she will appear again on Thursday 18 June for a formal bail application.

“The complainant was in tears appreciating the effort made and services rendered. The  Station Commander Brigadier Fredl Jonck applauded the sterling dedication that Chetty showed, leading to the arrest of the domestic worker. He added that he deserved a certificate for going the extra mile.”