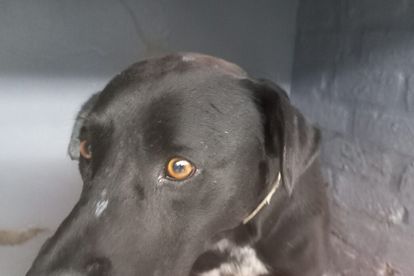 Rio, who sought veterinary help on his own. Photo: SPCA

Rio, who sought veterinary help on his own. Photo: SPCA

A black male dog left the Cape of Good Hope Society for the Prevention of Cruelty to Animals (SPCA) staff stunned when he sought veterinary help on his own.

The dog, now affectionately known as Rio, visited the hospital last week Friday for bite wounds on his neck.

DOG VISITS VET ON HIS OWN

The animal welfare organisation said Rio walked into the SPCA premises by himself as staff were busy closing and preparing to leave for the weekend.

The SPCA said he sniffed his way to the animal hospital where he was greeted by Inspector, Alexia Lindsell and the Chief Executive Officer, Moyo Ndukwana who approached with a tin of treats and secured him on a leash.

“Rio was admitted to the general ward immediately and his bite wounds were attended to and treated with antibiotics. He has since made a full recovery, but no one has come forward to claim him within the pound period.”

The SPCA said Rio will also join the adoptions ward waiting on his forever home. The organisation also said more than 90% of those lost and found arrive at their Pound without any form of identification or microchip.