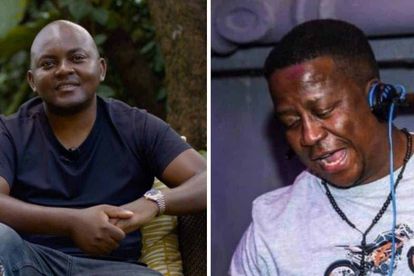 Broadcasting house Primedia have said that they are taking the allegations of rape against two of their top DJS – DJ Fresh and Euphonik – “very seriously”.

In addition, Primedia employee Redi Thlabi – a colleague of both the accused DJs – has said that she believes the woman who made the accusations, but insists that fair legal process can unfold in tandem with her support for the alleged victim.

DJ Fresh and Euphonic step away from broadcasting duties

Speaking to eNCA on Sunday, Acting Primedia CEO Geraint Crwys-Williams said that all parties were in agreement that the correct course of action was for both Dj Fresh and Euphonik to step away from the mic.

“Fortunately when we engaged with both DJ Fresh and Euphonik they had reached this conclusion on their own. It was a shared view by Primedia and 94.7 that it would be prudent for them to come off air so that they could address this matter,” he said.

“In this instance I don’t think that public pressure was required. South African Police confirmed today that a case been opened and within a matter of 12 hours they are no longer broadcasting. As I understand it, they have stepped back from all public engagements for the rest of the spheres of their lives.”

He said that the organisation “takes these sorts of matters extremely seriously”, and said that an ongoing and rigorous internal process is underway.

“We have made it very clear that we are in the hands of the authorities and we look forward to dealing with this as expeditiously as possible in the interest of both the victims and DJ Fresh and Euphonik. We are convinced that [authorities] will do so and reach the just conclusion,” he said.

‘No toxic masculinity issue at Primedia’

Crwys-Williams said that the scourge of gender based violence (GBV) in South Africa demands that protocols are put in place to efficiently handle situations such as this and allow victims a safe space to air their experiences.

“I think that the evolution of the national conversation around gender based violence is extremely important,” he said. “I think it’s very unfortunate and we have a long way to go and we need to be much more sensitive to how we deal with victims in these times and allow and give them platforms to tell their stories in a safe space.”

He said that there is no culture of toxic masculinity at Primedia despite a senior executive having resigned from his position at the broadcasting house in 2018 over allegations of sexual harassment and the latest allegations against two of its top presenters.

“I am heartened by the fact that we dealt with both of these matters quickly and in the public eye and exposed ourselves to public scrutiny. We have requested guidance and advice from experts external to the organisation. I think that [gender based violence] is prevalent in South Africa and I’m proud that we are dealing with it in such a transparent way.”

Meanwhile, Thlabi tweeted on Saturday that she is supportive of the woman who alleged that Dj Fresh and Euphonik raped and drugged her and three other women despite the fact that she is a close friend and colleague to both men.

“I believe her. Even when accused is a respected peer. I believe her. The allegations are too serious to ignore. In keeping with LeadSA antirape initiative Primedia launched, there is room for a stronger statement that doesn’t subvert legal process.”

“I have warm relationship of mutual respect with one of the accused.  I say this DELIBERATELY because OFTEN we don’t believe victims precisely because we falsely assume men we know are not capable of certain actions. This contributes to doubt and victimisation of victim. It’s wrong.”

“Believing a woman doesn’t mean accused doesn’t deserve a fair trial or hearing. These can unfold simultaneously. Even whilst yielding to a legal process, we have seen that law and justice don’t always mean the same thing.”