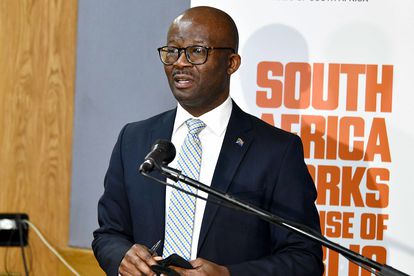 The Minister of Finance Enoch Godongwana announced that the Director-General of Treasury, Dondo Mogajane, will not be extending his contract and will leave the government when his term comes to an end on 7 June 2022.

MOGAJANE MOVING ON FROM GOVERNMENT

In a statement on Thursday, 7 April, Treasury said Mogajane would pursue opportunities outside the public sector.

According to the Treasury, the outgoing Director-general has been a dedicated and committed leader who is leaving at a time the fiscus is recovering from the shock of COVID-19.

The department is in the process of appointing a successor; other senior positions in the treasury will also be filled.

“The National Treasury has a deep reserve of skilled officials with extensive experience who will continue to deliver on the service delivery obligations of the department,” said Toyana.

According to Fin24, Mogajane said – in an interview with Radio 702 –  he has demonstrated his patriotism and commitment over the years and it would be wrong for anyone to say he is letting them down by leaving.