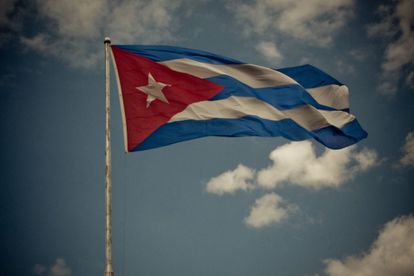 A R50 million donation to Cuba has initiated a petition that is pushing for the prevention of the donation. The Department of International Relations and Co-operation (DIRCO) was given a week to respond to the petition and have failed to do so.

The petition to stop the donation

An accumulation of multiple nonprofit organisations, starting from simple soup kitchens, have gathered together under the petition. The hopes of those involved in the petition are for the hefty donation to be retracted.

The organisations gathered have stated that they have not received any information from the government entities addressed in the appeal. Those addressed include the Department of Social Development and President Cyril Ramaphosa.

Why did SA send such a hefty donation to Cuba?

The donation to Cuba was an attempt to aid the country against the issues surrounding food security. These issues were created as a result of sanctions implemented by the United States, reports IOL.

The parties involved in the implementation of the petition express that the funding would be better utilised by an independent group of experts. The money could then be used to tackle the problem of hunger at the root.

AfriForum has since approached the courts in an attempt to stop the donations. The department responded with a letter to AfriForum implying that the donation was provided for humanitarian assistance.

Organisations call on government to halt R50m donation to Cuba

In February, The South African reported that a coalition of organisations demanded that the government halts the donation of R50 million to Cuba.

The organisations, which are involved in the daily fight against the growing hunger problem in South Africa, want the government to direct the funds towards an immediate, independent investigation into the root causes of, and solutions to, hunger in South Africa.

The coalition consists of national and regional hunger relief, humanitarian, disaster response, food rescue and feeding scheme non-governmental organisations. On 2 February 2022, Deputy Minister of International Relations and Cooperation Alvin Botes announced the donation to Cuba, saying that it was necessary, as US sanctions continue to pose a food security threat to the communist island. Read the full story here.