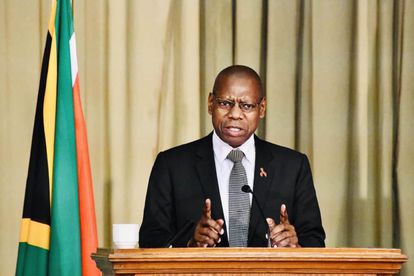 The party said is has noted that the investigation into Zweli Mkhize’s involvement in the corruption scandal has been complete and wants it to be public so that the matter can be referred to the National Prosecuting Authority (NPA) as a matter of urgency.

DA WANTS DIGITAL VIBES REPORT TO BE MADE PUBLIC

The party said it has already taken the ‘necessary step’ to lay a criminal charge against the Health Minister on 3 June.

“The SIU’s findings must be scrutinized by the public – it is after all public funds that were allegedly used to enrich Minister Mkhize’ close friends through their direct relationship with him. A relationship that he and his family have also reportedly benefited from through the years.

“President Ramaphosa needs to inform the country how those responsible for awarding this dodgy contract will be held to account as a matter of urgency. The fact that Minister Mkhize remains on special leave is simply not good enough. South Africans need a conclusion to this matter.”

A Daily Maverick investigation revealed that Digital Vibes, a communications company received a R150 million contract to do work for the National Department of Health. The company is run by two associates of Mkhize.

The Daily Maverick investigation also revealed that contrary to Mkhize’s claims that he didn’t benefit from the contract, Digital Vibes footed the bill for maintenance work done on his home, paid R160 000 for a Toyota Land Cruiser belonging to his son AND even forked out R300 000 for his company.

Mkhize was placed on special leave after the allegations surfaced and Tourism Minister, Mmamoloko Kubayi-Ngubane was then appointed as the Acting Health Minister.

The Presidency confirmed that President Cyril Ramaphosa has received the report and is currently studying it.