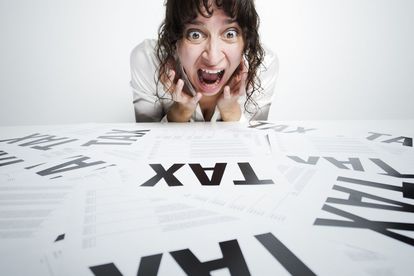 I think you would be shocked to learn that you are paying for the following ‘under the radar’ taxes right now in South Africa.

A recently published report by the South African Revenue Service (SARS) provided an overview of some of the ‘under the radar’ taxes.

According to BusinessTech, the report has published its tax statistics for 2021, providing a breakdown of revenue collections in South Africa right now.

DID YOU KNOW YOU ARE PAYING A TYRE LEVY?

The Tyre levy was implemented on 1 October 2016 at a rate of R2.30/kg due to the disposal of tyres that are littering the environment.

New pneumatic tyres are subject to the payment of the tyre levy (an environmental levy) if used in South Africa, which is payable by manufacturers in South Africa. The levy is calculated on the nett mass of the tyre.

HOW DOES A PLASTIC BAG LEVY SOUND TO YOU?

The Plastic bag levy was introduced in June 2004, at a rate of 3 cents a bag on some types of plastic shopping bags, with the aim of reducing littering and encouraging plastic bag reuse.

ARE YOU HAPPY TO PAY A CARBON TAX?

The Carbon Tax (CBT) is a new tax in response to climate change, which is aimed at reducing greenhouse gas (GHG) emissions in a sustainable, cost-effective and affordable manner.

Carbon Tax gives effect to the polluter-pays-principle and helps to ensure that firms and consumers take the negative adverse costs (externalities) of climate change into account in their future production, consumption and investment decisions.

Significant industry-specific tax-free emissions allowances ranging from 60% to 95% will result in a modest nett carbon tax rate ranging from R6 to R48 per ton of carbon dioxide equivalent emissions to provide current emitters time to transition their operations to cleaner technologies through investments in energy efficiency, renewables, and other low-carbon measures.