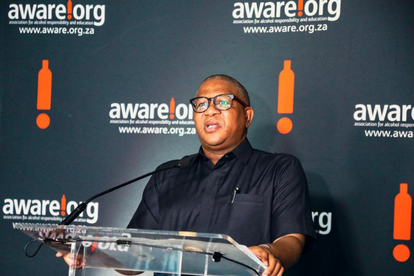 The Minister is clearly unimpressed with those who chose to insult Desmond Tutu following his passing. Image: Twitter/ Fikile Mbalula

The Minister is clearly unimpressed with those who chose to insult Desmond Tutu following his passing. Image: Twitter/ Fikile Mbalula

In an ironic twist of fate, it seems like the death of Desmond Tutu has proven quite divisive. For a man heralded for preaching peace and unity, the Archbishop’s death has prompted outrage from some for a number of reasons.

This has drawn the ire of Transport Minister Fikile Mbalula, who took to his official social media page to make his displeasure known. Commenting on the backlash following the news of Tutu’s death, a clearly enraged Mbalula slammed an unknown individual.

“Am not shocked by this johnny come late who are eating on a silver  spoon going on on and on attacking  the arch with chicken audacity. ArchBishop Desmond Tutu and his generation deserve nothing but our respect. They were not infallible but stood firm for our liberation.”

In the hours following Tutu’s death going public, De Klerk trended on Twitter with some feeling that the two men were equals.

Could Zuma’s daughter have prompted the outrage?

Whilst the Minister failed to directly call out whoever had upset him, Jacob Zuma’s daughter Dudu Zuma-Sambudla has been very vocal on the matter.

Many people have taken the opportunity to lament Desmond Tutu’s link to Winnie Madikizela-Mandela and the former president’s daughter can certainly be counted among them.

Zuma-Sambudla posted a number of comments favouring the late struggle veteran, including the following:

“Every Generation Has Their Own Colonial Clerk…”

Whilst some are clearly unhappy about all the hype, Virgin founder Richard Branson has lamented Desmond Tutu’s passing. In a statement released following the Archbishop’s death, Branson expressed his immense sorrow.

“I’m so sad that Arch has passed away – the world has lost a giant. He was a brave leader, a mischievous delight, a profound thinker, and a dear friend.”

Branson found it difficult to quantify how much of an inspiration Tutu was to the world at large:

“It’s hard to express just how much of an inspiration Arch is to the world and to those fortunate to have crossed paths with him. When I think of people with the moral authority of the universe running through them, I think of Arch. He used his incredible moral courage to bridge divides and showed all of us how we have one common humanity.”