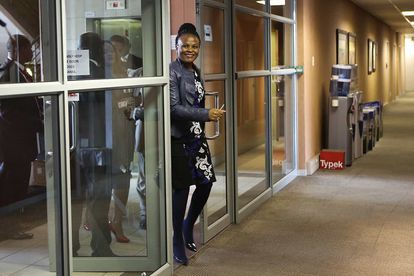 The office of the Public Protector of South Africa appears to be somewhat divided as Kevin Malunga has claimed he played no part in the Absa investigation that has caused the office a severe legal headache in recent weeks.

The Public Protector’s office has received a string of stinging legal blows starting with the Constitutional Courts dismissal of Busisiwe Mkhwebane’s application to have a high court judgment set aside with regards to her 2017 Absa-Bankorp report.

The apex court ruled she had been “dishonest” over the report and upheld the High Court’s ruling that she was personally liable for 15% of the South African Reserve Bank’s legal fees, and 85% of those attributed to the Public Protector’s office, which amounts to a staggering R900 000.

This was followed by the High Court blocking Mkwebane’s suggested remedial action into the rogue unit at SARS until the court hears full arguments from all parties.

The Public Protector had originally found that Pravin Gordhan violated the ethics code for his involvement with the formation of an intelligence unit within the South African Revenue Service and given President Cyril Ramaphosa 30 days to punish the Minister of Public Enterprises.

She has likely earned another day in court against the President himself after finding that he had violated the Consitution of South Africa by lying about a R500 000 payment from Bosasa to his CR17 presidential campaign donation fund.

No involvement in the Absa report

It is safe to say that office is reeling and almost certainly needs to pose a united front but the deputy Public Protector seems to have other ideas.

In an interview with eNCA presenter Vuyo Mvoko, Malunga claimed there are many lessons for the office of the Public Protector to learn from recent events, such as better communication and cooperation between investigators.

“I think there is a lot of things that the office has gotten wrong, for example, I think we should be consulting each other a lot more. I don’t know anything about the Absa report, sitting here as the deputy public protector,” he claimed.

“I think that should have been done better, but I think these are lessons that should be learnt in future for the institution to grow, he added.

“All of this is part of the growth process. The point I am making here is we are conforming to the service standards as far as the day to day of the institution.”

Not the first time

He also made comparisons to the way things were done under Mbhekwane and her predecessor Thuli Madonsela, saying that many aspects of quality assurance had been done away with by the former.

However, far from painting him in a good light, the reaction to his interview has been quite scathing from South Africans, many of whom say that he is just throwing Mbhekwane under the bus.

His cause is not helped by the fact that he appears to have done a very similar thing, in the same position, when Madonsela came under fire from supporters of former president Jacob Zuma.

The problem with Adv. @KevinMalunga is that he always plays to the gallery. When the Zuma group started attacking Thuli Madonsela, he did exactly what he wants to do now: i.e. Distance himself from the @PublicProtector with the hope that he’ll find favour with the establishment.

As a senior staff he should’ve spoken with Mkhwebane if he felt sidelined, that’s what professionals do. Others he appears as some kind of an attention seeker, opportunist and lacks integrity.

He also appears to be blocking anyone on Twitter who points this fact out, which is not the best look on social media.