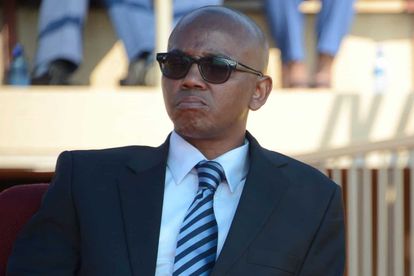 You might have heard the name Bongi Mkongi before. He’s currently South Africa’s Deputy Minister of Police and once upon a time, said residents inside a building – with a ZumaMustFall banner on it – must “burn to death”.

Well, Mkongi has caused another fuss, this time for comments made about Mmusi Maimane. The Democratic Alliance’s Shadow Minister for Trade and Industry. Geordin Hill-Lewis, posted this screenshot to Twitter last night.

@geordinhl OR Tambo, N. Mandela etc, are so embarass that the ANC Comrades have reached such a low level of intelligence. Sies!

@ThulaniTwala @geordinhl …I am ashamed to be part of his department. But this is so typical of ‘upper management’. Position but not worthy

@geordinhl That is the language synonymous with Thieves.Did you say this dude is a Minister? Come on guys, we are almost in June, This is no April.

@geordinhl Julius and Mmusi continue to hit them where it hurts. Nothing to see here but a pre-pubescent child lashing out in frustration.????

How do u begin to even interview, debate or discuss anything of substance with this kind of person (Watch some Mmusi/DA critics) defend this https://t.co/znhxhWv8dg