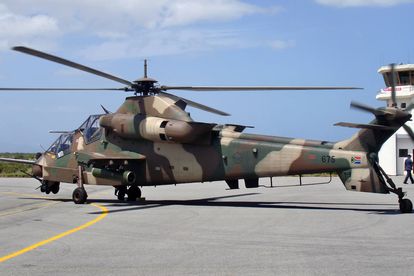 South Africa’s state-owned aerospace and military technology company Denel said it was actively pursuing a winnable order pipeline of R30 billion in the next two years which would contribute to its financial turnaround and long-term sustainability.

The government last month was forced to give the cash-strapped arms maker – which has struggled to pay workers salaries – a R1.8 billion recapitalisation bailout in a move criticised by opposition parties.

CEO claims the future is looking increasingly bright for Denel

“This includes an imminent export contract – the largest in Denel’s history. This contract, which includes an advance payment of R1.5 billion, has the potential to grow Denel’s order stock by 32 percent,” it said.

Du Toit said Denel had made major progress in the implementation of a turnaround strategy in the past six months, with improvements in governance, after it was caught up in revelations of state capture that have engulfed state-owned entities.

“The new focus of the board and management is to improve performance, improve liquidity and restore our reputation among stakeholders, partners, suppliers and our own employees,” he said.

“The Denel brand is still well-respected. Our products are wanted in the market and we have excellent potential to grow our business in our target markets based on the quality of our products and our reputation for quality.”

He said Denel’s liquidity position was fast improving and the government’s decision to recapitalise the business through the first injection in 10 years would bring further stability and improve relationships with suppliers and customers.

It however remained critical to receive R1 billion in further financial support that the company had applied for, he added.