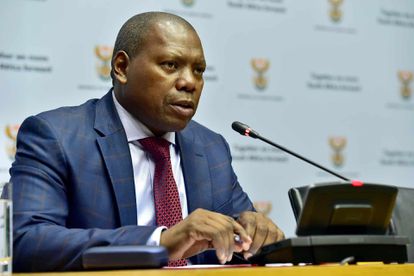 Health spokesperson for the Democratic Alliance (DA) Siviwe Gwarube told parliament that the National Health Insurance (NHI) Bill is a work of fantasy rather than a plan to rescue South Africa’s struggling healthcare system.

Following Health Minister Zweli Mkize’s presentation on the NHI Bill, which was approved by cabinet earlier in the week, Gwarube claimed the legislation was written without consulting provincial health departments or the National Health Council.

“The DA is aware that neither the previous Health Minister nor the current one, Dr. Zweli Mkhize, have engaged the provinces about this Bill,” she wrote in a press release.

“The matter has not been discussed at the National Health Council and provincial departments have not been engaged about the additional responsibilities that the implementation of the NHI in its current form will require from them.”

As a result of this, she believes the facts and figures mentioned in the NHI Bill are complete fiction.

“What we know is that the previous minister, Dr. Aaron Motsoaledi admitted that the R259 billion price tag for NHI was a guesstimate. We are also aware that the majority of NHI pilot projects have been a spectacular failure,” she said.

While she agreed that South Africa desperately needed a universal healthcare system, she strongly questioned the wisdom of rushing through a bad piece of legislation.

“Undeniably, South Africa needs universal healthcare,” she said. However, the road to this quality healthcare for all does not have to be paved with a disastrous piece of legislation that will destroy the economy and the health system.

“The DA has a health plan that would see us implement Universal Health Care within the next five years at the current budget envelope.”

The NHI Bill seeks to form a single state-owned and run medical healthcare fund that would cover the entire population, effectively instantly remove the need for private medical funds.

The government would pay for all the healthcare needs of the population in exchange for yet another levy, like the road accident fund or the unemployment insurance fund.