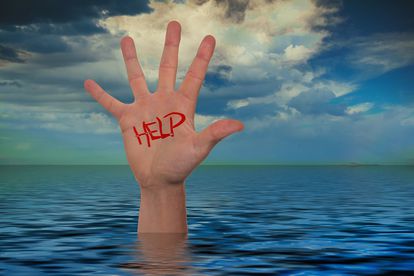 A search operation  for a 17-year-old teenager from Delft, who went missing in the surf line at Strand Beach is still underway.

On Saturday, 5 November around 19:00, National Sea Rescue Institute (NSRI) Gordons Bay duty crew were activated following reports of two people who were in difficulty in the surf line at Strand Beach near to Strand Beach Lifesaving club.

NSRI Gordons Bay station commander, Alan Meiklejohn said The City of Cape Town Water Rescue Network was activated to the scene where the  drowning was in progress. Law Enforcement Marine officers reported arriving on the scene where they confirmed from eyewitnesses that two youngsters were missing in the water.

Meiklejohn said on arrival on the scene a sea and shoreline search commenced for two male teenagers who were reported by eyewitnesses to have been in the water before sight of them was lost.

“A group of public members, 300 meters down the beachfront, came across one of the missing teenagers in shallow surf. NSRI rescue swimmers and GB Med Sec paramedics assisted in the recovery of the teenager onto the beach where CPR (Cardiopulmonary Resuscitation) efforts commenced but sadly despite CPR efforts the 16 year old male, from Delft, was declared deceased.”

Despite an extensive search the 17-year-old male, from Delft, remains missing. It is believed that the two are friends and that they were swimming together before both being caught in rip currents. The body of the 16-year-old has reportedly been taken into the care of Police and Government Health Forensic Pathology Services. An inquest docket has been opened by police.

The NSRI has conveyed condolences to the family and friends of the deceased teenager.

Police divers and local Police are continuing in an ongoing search for the missing 17-year-old.

“Strand Surf Lifesaving lifeguards will keep a look out during their normal duty hours at Strand Beach,” the station commander said.

The NSRI has since appealed to the public to only swim where and when lifeguards are on duty and swim in between the red and yellow flagged safe demarcated swimming zone posted by lifeguards.