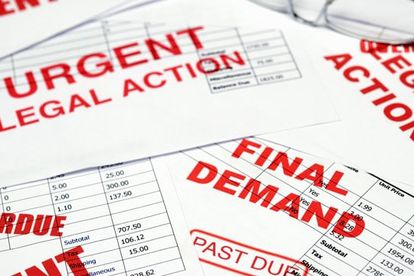 Many people are familiar with those dreaded letters from the furniture store, cell phone company or clothing chain notifying the customer that they are in default of their credit instalments and must urgently pay up, seek debt assistance or face legal action.

These notices are required by the National Credit Act so that credit providers can use the courts to track down defaulters. In a judgment handed down by the Constitutional Court last week, the court clarified that in order to be valid, these notices must specify the exact amount that is by a customer.

This was one of two seemingly small technical issues that allowed the beneficiaries of a Cape Town low cost housing scheme to score a crucial victory against a previously state-owned company that refused to engage with their complaints for almost two decades.

In 1998, the City of Cape Town initiated a housing programme aimed at providing bigger and better houses to poor people. The City established the Cape Town Community Housing Company (CTCHC) to deliver the houses. During 2000 and 2001, several people became beneficiaries of this scheme by entering into Instalment Sales Agreements with the CTCHC and with the benefit of small subsidies.

But the problems started as soon as beneficiaries moved into the houses and discovered that these were very badly built. Most beneficiaries had to fork out their own money to keep the houses standing, with CTCHC largely ignoring complaints. It also soon became abundantly clear that CTCHC had little grasp of the instalment payments made by beneficiaries and could rarely indicate how much a particular person owed on their house.

As a result of these and other challenges – and in particular CTCHC’s refusal to engage with these challenges – many beneficiaries stopped paying their instalments regularly.

Disputes between beneficiaries and the company continued for a decade. The Auditor-General and the Special Investigations Unit got involved to try to understand where things went wrong – and how to fix them. But it was in 2013 that matters came to a head.

The beneficiaries were advised that, in fact, the CTCHC was never entitled to receive any money from them as it failed to ever register the Instalment Sales Agreements as required by the Alienation of Land Act. The Cape High Court delivered a judgment in favour of the beneficiaries on this basis that same year.

People  out of their houses over debt

On the back of that judgment, the CTCHC finally moved to register the agreements as required. Then, less than a month after finally complying with the law, the company sent notices in terms of the National Credit Act to beneficiaries informing them of the registration of their agreements (15 years late) and at the same time notifying them that they were in default on their instalment agreements. The notices did not indicate how much any of the beneficiaries owed, but went on to state that, should the outstanding amounts not be paid within 30 days, the sales agreements would be cancelled – and people thrown out of their houses.

None of the beneficiaries actually received the notices (although they don’t deny that these were sent), but were alerted to them more than a year later, in October 2015, when eviction proceedings were launched against several of the cell .

They then discovered that their instalment agreements had been cancelled by CTCHC and the houses all transferred to a Trust. It was the Trust that now sought to evict the beneficiaries.

Riaan Mogamat and eleven other beneficiaries approached first the High Court and then the Constitutional Court, complaining that CTCHC could not, in the same notice, inform the beneficiaries that they had registered their instalment agreements and therefore now owed the instalment payments, and give judgment handed for the cancellation of that same agreement on the basis of the non-payment of those instalments.

Once beneficiaries are notified that they owe money, they must be given reasonable opportunity to pay the money before being told that the contract will be cancelled because cell phones have not yet paid, they argued.

The Constitutional Court agreed. The home owners only found out that they legally owed money on the instalments when they received the notices informing them that the instalment sales agreements were registered. They could not at the same time already be in arrears on those instalments.

Perhaps more importantly, the court also addressed the question of whether a default notice served on a consumer in terms of the National Credit Act may omit to mention the amount of money that is owed.

The notices served on the CTCHC beneficiaries simply said they were in default without any indication of how much they owed. It was not necessary for the court to address this question, but it did so because of the impact this question has on thousands of South Africans receiving debt notices every day.

The Constitutional Court held that a default notice that does not tell the defaulter how much he or she owes, does not fulfil the function of the notice, which is to assist the consumer to make the necessary arrangements to bring payment up to date. For a notice to be valid, it must state the amount owed.