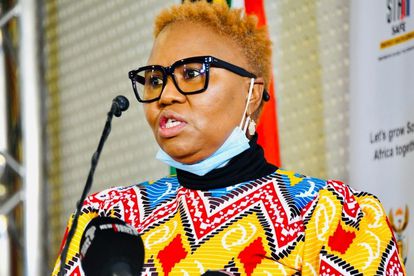 Listen up, folks! If you have applied for the R350 Social Relief of Distress (SRD) grant and it was approved but never claimed, that money could be forfeited to the state. This was revealed during a press briefing with Social Development Minister Lindiwe Zulu on Wednesday 4 August.

In other news, you will also be able to apply for your SRD grant from Friday following its reintroduction but back to the main business, shall we?

During the press briefing, Zulu said a total of 571,724 R350 grants, which were approved, remain uncollected from the post office.

“All applicants who have not received or claimed their grants are urged to urgently contact SASSA before 31 August 2021, as they will only have until 31 August 2021 to make enquiries in respect of the previous grant from May 2020 to April 2021,” she said.

Zulu also urged those who have not withdrawn their payments to do so before 31 August 2021.

“After 31 August we will not be able to consider any enquiries relating to the previous grant,” she said.

“Any applicant whose application was approved but not paid because the applicant could not be traced or the applicant did not contact SASSA to update his or her personal details, shall forfeit the money to the State after 31 August 2021 and such applicant shall not be able to lodge any claim against the State,” she added.

WHEN WILL THE FIRST PAYMENTS OF THE SRD GRANT BE MADE?

For the new iteration of the R350 grant, Zulu said they were allocated R26.7 billion which is inclusive of administrative costs borne by SASSA, and this is for a period of eight months with effect from August 2021 until March 2022.

The application channels will be opened from Friday 6 August 2021 as mentioned earlier and they expect that the first payments will be made in the last week of August 2021.

If you’re looking to apply from Friday, the eligibility criteria are as follows. A R350 grant per month is payable to a person who is;