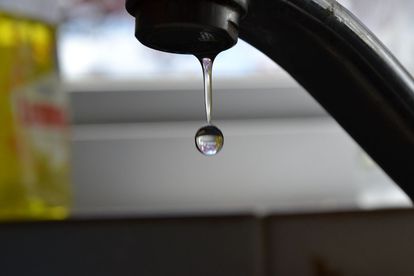 Some of the Eastern and Western parts in the city of Tshwane are without water. Photo: Sandeep Nijjar / Flickr

Some of the Eastern and Western parts in the city of Tshwane are without water. Photo: Sandeep Nijjar / Flickr

Day Zero is closing in for residents in the Nelson Mandela Bay Municipality. The Municipality revealed that it is currently preparing for the worst. At the moment, residents are feeling the brunt of a horrible drought – one that hasn’t been felt in years.

Currently, Nelson Mandela Bay’s combined dam levels are sitting at a meagre 12.3%. The Municipality is trying to prepare itself as low water resources in the area could see a lot of taps running dry in some regions of the metro.

Contingency plans are in place in Nelson Mandela Bay

Tsatsire says emergency contingency plans are in place – if certain areas are affected by the dams running dry.

“Now we have got plus or minus depending on which dam you are looking at from about 26 days to 71 days. We’re rolling out what we call water collection points whereby we are gonna actually leave dedicated bulk retention system that lives provides what is called standbys at certain dedicated areas where residents are gonna have to go collect water for basic consumption,”

A Water Outlook Report from this year revealed that about 50% of households will be negatively impacted if dams dry up. This will also have a negative effect on the regional economy, reports EWN.

List: Over 100 areas in Nelson Mandela Bay without water by June

A statement released on Wednesday, 4 May, indicated that unless water consumption could be cut by 50 megalitres per day, the aforementioned scenario will become reality. Water and Sanitation Director Barry Martin explained that there is not a sufficient supply of water at the current rate of consumption.

Martin described the situation as ‘precarious’. He touched on topics regarding services such as firefighting, that require water to continue. The director said that residents need to urgently reduce their consumption. Read the full story here.