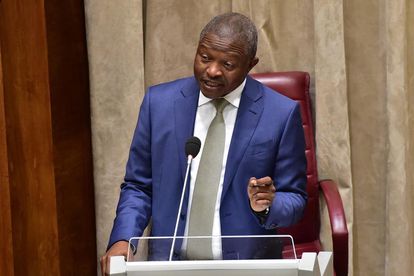 Deputy President David Mabuza has called on consumers to adopt a culture of paying their electricity bills in order to lessen the burden of debt faced by municipalities.

The Deputy President said this when he fielded oral questions in the National Council of Provinces (NCOP).

“Part of the challenge that we must confront as a nation is a culture of non-payment, especially with regard to consumer debt.

“We therefore call on all South Africans, particularly those with income to play their part in ensuring that we lessen the burden of debt faced by our municipalities.

“We must engender a culture of paying for services that have been rendered and consumed, especially from public entities like Eskom, just as we do with any other form of services rendered for private consumption,” he said.

Major shortfalls in payments to Eskom

Addressing members of the NCOP, Mabuza said the National Treasury has advised that aggregate Municipal Consumer Debts amounted to R165.5 billion as at 30 June 2019.

He said due to escalating consumer debt, many of the affected municipalities have been struggling to meet their own payment obligations.

“Of particular concern is the municipal debt to Eskom. According to Eskom’s 2019 Integrated Report, the total municipal arrear debt has continued to escalate to unacceptably high levels, amounting to R19.9 billion.

“This represents 71.7% of total invoiced municipal debt (including interest),” he said.

He said, however, that there were indications that these figures have increased significantly over the past few months.

The Deputy President also said that according to the Department of Co-operative Governance and Traditional Affairs, over R9.7 billion is owed by national and provincial government departments to municipalities, and this remains a major challenge for municipalities to provide required basic services to the people.

“In improving the current situation of debt by our state-owned entities, the National Treasury and the Department of Public Enterprises are working on a strategy to reduce the reliance by State Owned Entities on government guarantees.

“Mechanisms for ensuring that government departments and State-Owned Entities’ settle their debts in time, are provided for by section 38 of the Public Finance Management Act.

“In this regard, Accounting Officers are required to settle all contractual obligations, and pay all monies owed, including intergovernmental claims, within 30 days of the submission of an invoice, or on a specific period agreed with creditors or suppliers.”