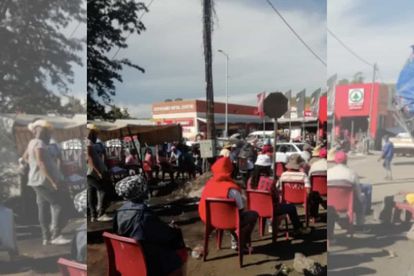 The South African Social Security Agency (SASSA), in collaboration with the South African Post Office (SAPO) has established a system to minimise long queues for the collection of the R350 SRD grant. Yes, that’s right and it works according to the last three digits of your ID number.

There has been a bit of confusion regarding this though. Some people were under the impression that funds would be transferred into their accounts on these particular dates according to their ID numbers but that’s not the case according to SASSA. These are the dates on which you should visit a post office to collect your R350 grant.

R350 GRANT: DATES YOU SHOULD COLLECT ACCORDING TO YOUR ID NUMBER

SASSA said that last year there were problems with the payments of the R350 grant, mostly due to long queues.

“SAPO gradually introduced paying recipients on different days but using the last three digits of their ID numbers. The arrangement was piloted in Gauteng and upon head office seeing that it drastically reduced queues, SAPO was engaged to continue and implement it in all of the regions where there was a crisis of overcrowding at branches,” it said.

“In preparation for the payment which will be taking place effective this month of August 2021, we have once again agreed with SAPO in principle to continue with the arrangement as it had an impact in mitigating overcrowding generally,” it added.

SASSA has now released dates for R350 grant collections according to ID numbers for August, September and October.

The dates for September and October can be found below:

DON’T GET IT TWISTED…

So it’s very important that we clear something up. It was fake news to suggest that the date SASSA release funds into your account is determined by ID numbers, however, it’s NOT fake news that the post office is making grants available for collection by ID number.

The above dates, as set out by SASSA for the R350 grant, is based on collection only, rather than making funds available.

SASSA took to Twitter earlier this week to dispel the rumour. It said; “Please note that the below information is false and NOT from SASSA. Payments for the special COVID-19 SRD grant will be made from today (23 August 2021,) however beneficiaries cannot be given a specific date as to when that particular beneficiary will be paid.”