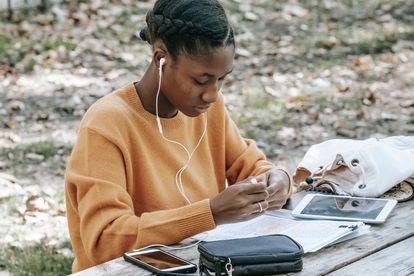 While millions in Mzansi struggle to find a job and are dealing with the reality of more and more family members losing their jobs, never mind the awful COVID-19 pay cuts and high data costs, the super-wealthy among us are getting along just fine, thank you.

A couple of cases in point are the senior executives over at Vodacom – the purveyors from the consumer’s perspective of course, of ever high priced mobile data and services. A sore point that hits home even harder now that so many of us – those lucky to still have jobs – are working from home and reliant on online access to earn a living.

Vodacom’s CEO Shameel Joosub earned a whopping R55.008 million in total remuneration before tax, the cellphone network’s latest financial report data has revealed. And of course, the government, which via SARS raked in almost half of this – R24,75 million to be exact – is also sitting pretty in the pound seats of mobile network profits. Joosub’s total after-tax take-home pay was R30.255 million.

He also received R16,99 million in long-term incentives, including a 2018 award that will be vested in June 2021 according to the report’s data.

Vodacom CFO Raisibe Morathi has worked for the firm since 1 November 2020. She earned a basic salary of R3.75 million between November 2020 and March 2021. She also benefited from a sign-on payment of R6 million in cash and a R3.895 million “short-term incentive”.

Morathi’s remuneration was R14.007 million before tax and R7.704 million after SARS took its portion.

Both executives were taxed at a rate of 45%.

And there you have it in the data…living proof of the sad old truth that the rich just keep getting richer, while the rest of us run the hamster wheel to keep the wolves from the door.