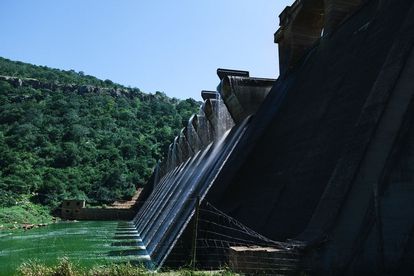 There has been an overall rise of 0.8% in dam storage capacity in KZN. Photo: Craig Swartbooi / Flickr

There has been an overall rise of 0.8% in dam storage capacity in KZN. Photo: Craig Swartbooi / Flickr

KwaZulu-Natal dam levels have received a boost following the heavy rains last weekend, says the Department of Water and Sanitation. The Department says the main water supply in the Umgeni catchment area is above average.

Report shows a rise in levels in many areas

The Umgeni catchment area is sitting at 103% this week. Last week it was also at a comfortable 100.9%. The Department’s weekly report revealed that KZN’s overall storage capacity has risen by 0.8%. It moved from 92.1% to 92.9% last week.

Last year this time, dam levels were at 73.3%. Sputnik Ratau, Department of Water and Sanitation spokesperson, says the Hazelmere Dam has gone up from 53.1% last week to 73.9% this week. Hazelmere is on the uMdloti River.

Although most dams have improved, Ratau did reveal that the Nagle dam dropped from 101% to 99.3%.

“Nagle Dam dropped slightly to 99,3% from 101,0%, Hluhluwe and Spring Grove slightly increases to 83,1% and 103,2 respectively. The dams stood at 82.0% and 100.7% last week. While most of the dams have shown a significant improvement, some dams have marginally dropped such as Nagle which has recorded 99.3%, down from last week’s 101.0%. The Department has called on residents to continue using water sparingly as it implements long-term measures to address water scarcity challenges experienced in some parts of the province,”

Day Zero is closing in for residents in the Nelson Mandela Bay Municipality. The Municipality revealed that it is currently preparing for the worst. At the moment, residents are feeling the brunt of a horrible drought – one that hasn’t been felt in years.

Currently, Nelson Mandela Bay’s combined dam levels are sitting at a meagre 12.3%. The Municipality is trying to prepare itself as low water resources in the area could see a lot of taps running dry in some regions of the metro.

Director for water distribution in Nelson Mandela Bay Joseph Tsatsire says the Churchill Dam is currently holding around 26 days of supply. Churchill is one of the main water sources for the Municipality’s western areas. Read the full story here.