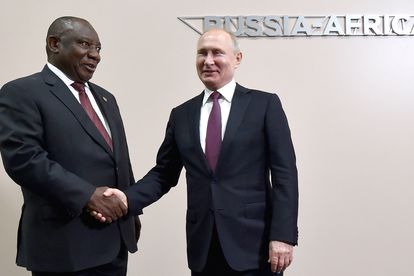 The Democratic Alliance (DA) says the South African government has chosen to be on the wrong side of history by abstaining from voting to suspend Russia from the United Nations Human Rights Council.

The DA condemned the ANC government’s “continued feeble stance” on the illegal Russian invasion of Ukraine, and their “reprehensible decision” to abstain from voting.

The party said no amount of rationalisation and spin will detract from the fact that the South African government has clearly chosen to be on the wrong side of history. Their abstention is proof of this.

DA Shadow Minister of International Relations and Cooperation, Darren Bergman said DIRCO Minister, Naledi Pandor, has yet again tried to fool the South African public by claiming the government’s non-aligned position on the ongoing war does not boil down to support for its historic comrade, Russia.

“It also cannot happen without an honest assessment of the seriousness of the situation. The deteriorating humanitarian situation and the thousands of lives lost needs to be condemned at a national level.

“Russia must withdraw its troops immediately. And the ANC government must state so in no uncertain terms. South Africa cannot be beholden to war criminals because of misplaced loyalty.”

There are 193 member states in the UN General Assembly. South Africa was one of 58 member states which abstained from the latest vote, held on Thursday, 7 April 2022. A total of 93 countries voted in favour of suspending Russia from the UNHRC, while 24 were against.

Other nations which did not vote include India, Bangladesh, Bhutan, Egypt, Sri Lanka, Iran, Maldives, Singapore and Saudi Arabia.