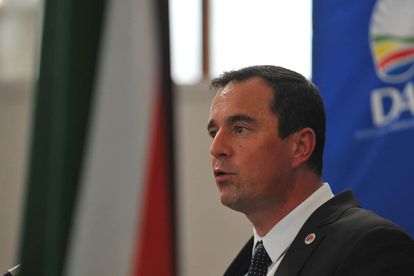 The Democratic Alliance (DA) has filed a complaint with the Press Ombudsman, in the wake of an article written by Sunday Times, which raised quite a few eyebrows. DA leader John Steenhuisen did a lengthy interview with the publication’s Caiphus Kgosana and Thabo Mokone. Now the DA has taken issue with the story’s opening sentence, claiming the journalists were trying to create the impression that the DA was open to a coalition agreement with the ANC.

“This was never stated in the interview and is a misrepresentation of the DA’s position on the issue,” said the party’s Natasha Mazzone.

According to Mazzone, two sentences contributed to the “misrepresentation” – one being distortion of what was said, and the other was simply a fabrication.

Here is the one sentence the DA takes issue with: “DA leader John Steenhuisen has opened the door to a possible coalition with the ANC should there be a stalemate in the 2024 elections – but only if President Cyril Ramaphosa is still its leader.”

Well the DA has denied this, saying Steenhuisen never mentioned coalitions when speaking of the possibility of working together with the ANC.

“He spoke of the need for pro-growth, pro-reform and pro-Constitution people to start talking to each other, and that a strong party at the centre – i.e. the DA – makes a good ally for a reform agenda within the ANC to find backing. That’s not the same as claiming that the DA is willing to enter into coalitions with the ANC, and this needs to be corrected by the Sunday Times,” Mazzone further said.

The other line (in the article) in question is: “Steenhuisen’s stance marks a significant departure for the DA, which has long been opposed to any co-operation with the ANC.”

To support its rebuttal of the aforementioned, the DA said has always been open to reaching out to people within the ANC – adding that it had even been the stance of former leader Mmusi Maimane.

The DA further came to John Steenhuisen’s defence in the interview. The party claims it has long been consistent in its idea of centering politics on shared values and that Steenhuisen’s answers in that respect were not fully reflected in the article.

“His answers stated that the DA intends to be the strong party of a new, realigned majority built around shared values. It intends to be the bulwark against the creep of the radical left in the guise of the ANC’s RET faction and the EFF, who have already launched their fightback campaign,” the DA further said.