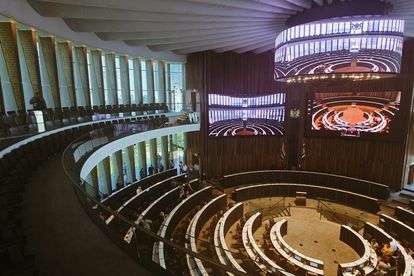 The DA caucus in Johannesburg is rejecting what they call the unjust and unlawful council meeting that took place yesterday, Friday, 30 September that saw them voted out of power.

DA DISSASTISFIED WITH THE NEW SPEAKER

Former Mayor Dr Mpho Phalatse was voted out following a vote of no confidence that took place in the City of Johannesburg. Her defeat saw the ANC regain power in the City of Gold.

“Despite desperate calls encouraging adherence to council rules and processes by the DA, Colleen Makhubele showed the very same arrogance she accused former Councillor Vasco Da Gama of being of displaying,” he said.

“She not only presided over an illegal council meeting preceded by an inquorate programming but she also without conscience suppressed debate and opinions contradicting her efforts to hand the city back to the ANC.”

He said the Speaker is entrusted to uphold and protect the integrity of council, but she instead chose to open the back door, facilitating a coup by the ANC.

“Once again, we look to the courts to provide guidance to the ANC Speaker and correct what has transpired. The DA will continue to fight for the 6 million residents of Johannesburg,” said Nkomo.

MPHO PHALATSE COMMENTS ON THE ANC AND PARTY POSITION

Since her ousting and conspiracies that Phalatse is being sidelined by the DA, she immediately put those rumours to rest.

ALSO READ: ‘I will not be resigning,’ says Joburg Mayor Mpho Phalatse

In a satement she said: “I have noted various posts on social media suggesting that there is a wedge between me and my party, the Democratic Alliance.
There is no disconnect between myself and DA leadership. In fact, we are united in our quest to undo yesterday’s illegal act and reinstate the Joburg Multi-Party Government”.

“We do not recognise and reject the decisions of that illegal meeting.”

She added: “We will be in court at the earliest opportunity to uproot this corrupt cabal that seized power unlawfully, and restore to our residents their legal and rightful government”.

Will Smith hopes the ‘slap’ will not punish his ‘Emancipation’ team