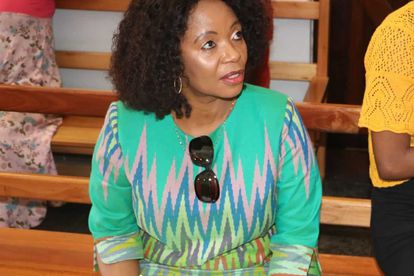 Leader of the Democratic Alliance (DA) in the Free State Patricia Kopane
Image via Twitter: @DA_KZN

Leader of the Democratic Alliance (DA) in the Free State Patricia Kopane
Image via Twitter: @DA_KZN

Patricia Kopane, a leader of the Democratic Alliance (DA) in the Free State has announced she will not be renewing her term in the party.

Kopane was elected as the DA Provincial Leader of the Free State in 2012.

“It has been an honor and privilege to have been the DA Free State leader for the past 8yrs,to all my supporters , the DA family and the people of the Free State I would like to thank you for your understanding and support that you afforded me to build our democracy, After 8yrs of being the leader ,I believe there is a need for the new vision and fresh ideas for new leadership,I therefore will not make myself available for the new term.My support for My party will remain steadfast,” Kopane said on Facebook.

She is now of several DA leaders to surrender their positions, however Kopane insists she will continue serving in the national assembly as a shadow minister of public works.

Kopane: ‘I have built a good legacy’

Kopane has told TimesLIVE, there was nothing sinister behind her departure from the post and that she just wanted to make room for others.

“When you are in leadership positions, you don’t wait until you are pushed out. I have built a good legacy, the DA has developed me, I don’t look back with regret. I have done what I was supposed to do,” she is quoted as saying.

Kopane also touched on the internal battles that have rocked the official opposition in recent months.

“In life, any organisation, any company, there are times when there are challenges, it’s part of life. The question is how you respond to those challenges … but whatever is happening to the DA now, has happened with everybody else,” she said.

The news of her decision comes after John Moodey quit as DA Gauteng leader, claiming there had been a purge within the party, particularly against non-whites who had supported former leader Mmusi Maimane.

“I’ve prided myself in contributing to the successes we’ve achieved in growing the DA in all race groups and taking the fight to the ANC right in their strongholds and stomping grounds, in standing against political intolerance and intimidation, making sure that we spread the DA message to every community and area, not only in Gauteng but across the length and breadth of South Africa,” he said.