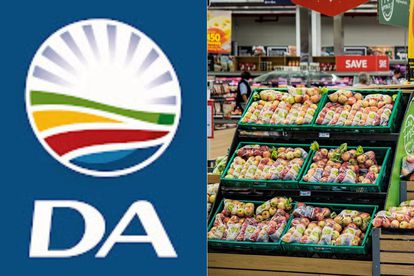 The DA shared a list of five interventions it hopes will assist with providing relief to households in SA struggling with food. Photo: @Our_DA / Twitter and Stock Image / Pixabay

The DA shared a list of five interventions it hopes will assist with providing relief to households in SA struggling with food. Photo: @Our_DA / Twitter and Stock Image / Pixabay

The Democratic Alliance (DA) says the South African government cannot afford to ignore the food crisis. The party shared a list of solutions to this food crisis which it believes would help provide relief for struggling locals.

“Other governments around the world have responded swiftly with bold relief packages because they know it is in everyone’s best interest. The ANC government has no option but to do the same,”

the party said in a statement.

The DA reveals its plan to resolve this issue

The DA noted five interventions it wants to bring forth to provide relief to struggling households in South Africa.

1. Cut fuel taxes and levies to lower the cost of transport

The DA stated that by lowering the cost of transport, people would be able to put more money towards their food budgets. Adding that this will also decrease food costs due tot he high cost of transporting food.

The opposition party stated that the money sent to Cuba for food aid could be reallocated to assist the people of SA.

“This is especially egregious since no one believes the money will be spent on food aid there. Far more likely it will go to the ANC’s mates in the Cuban government who will pay kickbacks in one form or another to the ANC elite,” the DA said.

The DA wants Government to urgently review the list of zero-rated food items with the aim of expanding it to items that are more commonly purchased by the poorest 50% of households. Some of these items include:

The party believes that by dropping the 15% VAT on these items, households can stretch their food budgets further.

The DA called on Government to cut import tariffs on pasta and some chicken categories. They believe that doing so will have a negligible impact on the fiscus but a large one on the poorest households.

5. Provide private title to all land reform beneficiaries on state land and landholders in communal areas

“The DA is essentially calling on government to transfer full title ownership from the state to all land reform beneficiaries and to survey and register all land rights on trust/communal land, and transfer title to all those who want it (explicitly including women),” the party said.