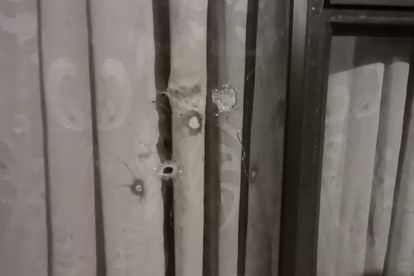 The home of a Democratic Alliance (DA) councillor in KwaZulu-Natal (KZN) was left bullet riddled after an unknown gunman fired four shots on Thursday night.

The Councillor, Pearl Msomi has reportedly been receiving death threats after winning in an ANC ward in Molweni near Pinetown. Less then a month ago, another DA councillor in the Zululand District also survived an assassination attempt.

DA CONDEMNS ATTACK ON ITS COUNCILLOR

The DA in the province said this was not the first incident involving Msomi.

Msomi has over the last few months been receiving death threats and just recently a bullet was neatly placed at her front door, reportedly.

The DA also said the incidents have been reported to the South African Police Services (SAPS) and case numbers registered. However, in the incident involving the cartridge being placed at the councillors front of the house, SAPS did not even bother to visit the home or follow up on the matter.

The party further said the matter only received the necessary attention when one of its spokespersons engaged senior SAPS officials.

DA KZN leader, Francois Rodgers said they have been for some months now engaging the ANC Speaker of eThekwini, Thabani Nyawose, on the threats on the councillors life and urging him to supply protection for Msomi.

A process which the Speaker has the full delegated authority to implement until SAPS complete a threat analysis of the situation, reportedly.

“How much more evidence does the Speaker need, yet he does absolutely nothing. Should something, God forbid, happen to this DA Councillor the Speaker will have blood on his hands.

“KZN has a horrific record of the murder of councillors, hence the commission of the Moerane investigation into political killings in the province. This report, and its many yet to be implemented recommendations, remains in the hands of the Premier of KZN, Sihle Zikalala.”

ALSO READ: Nicole Graham resigns from the DA ‘to further her studies’ abroad