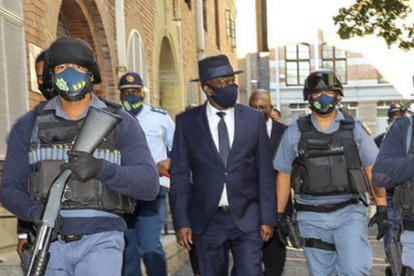 The Democratic Alliance has voiced its immense concern over a report revealing that nearly 30% of firearms stolen from police have not been recovered.

In a statement on the matter by Shadow Minister of Police Andrew Whitfield, the party confirmed that Minister Bheki Cele had revealed this disturbing information in response to a Parliamentary Question posed to him.

In addition to the sheer quantity of stolen police firearms, the DA MP is worried by the calibre of the weapons looted from the SAPS.

“The calibre of weapons stolen and recovered is also concerning, with 238 rifles and 89 shotguns over the past 10 years. This does not include the firearms that were stolen and not recovered. The Minister omitted this information from his reply and the DA will submit a follow-up question.”

The opposition has lamented the fact that these stolen weapons end up in the hands of criminal elements.

“We know that these stolen weapons and ammunition end up in the hands of criminals and are used to commit violent crime across South Africa. This makes SAPS complicit in the rampant violent crime wave that is spreading across the country.”

Despite the DA calling on the police to conduct a national audit on firearms, the SAPS has allegedly not adhered to the request. In response to this, the DA lamented the ‘soft’ target that the police have become.

“The Central Firearms Registry (CFR) remains dysfunctional and police stations have become soft targets for criminals. How can the public trust SAPS with civilian firearms handed in or recovered, if it can’t even protect its own weapons from ending up in the hands of criminals?”

In conclusion, the DA has demanded that Cele provides a report detailing all action taken against police officials responsible for the loss or theft of their firearms.

“The DA will now demand a report from the Minister detailing all investigations and disciplinary actions taken against ‘gun running’ cops responsible for the loss or theft of firearms. The DA believes that the punishment for their proven negligence should be criminal charges and dismissal. This is the only way to put an end to the thousands of SAPS firearms which find their way onto the streets to kill innocent people.”