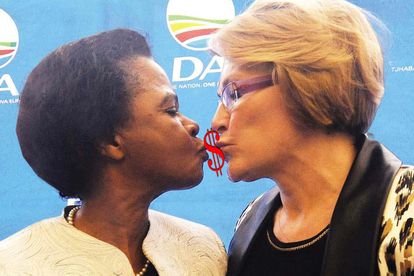 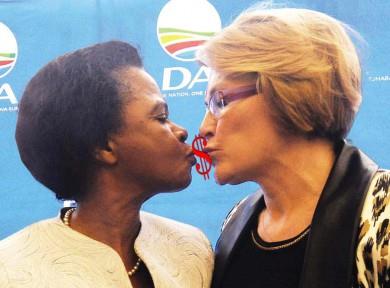 DEMOCRATIC Alliance spokesperson Mmusi Maimane announced on Monday that rumours of an international donor pressing the party to merge with Agang SA were unfounded. The claims came after Dr Mamphela Ramphele, leader of Agang SA, had divulged supposed details of the run-up to the failed cooperation of the two parties.

Ramphele had said on Tuesday that a donor was behind the move and had “pushed the DA and Agang together.” With financial instability threatening Ramphele’s young party (despite her own net worth) donor help might be a welcome relief for the beleaguered party in the run-up to the general elections.

DA leader Helen Zille had equally mentioned in a statement on Monday that a donor had tried to put pressure on Ramphele to merge with the DA. However, she would not identify any donor by name although she said she knew who the person or entity was, adding that a majority of DA donors wanted to see the joining of the two parties anyway: “It was not only one donor that put pressure on Mamphela. It was every donor. Just about every donor told Mamphela they would not fund Agang, with almost identical politics to the DA. They want a united, strong opposition,” said Zille, affirming her plans to challenge the ANC.

Despite the statements given by the two party leaders, Maimane continued to deny the claims on behalf of the DA leadership: “There can be no donor that can force us to make such a decision. There never has been and there never will be,” said Maimane, adding that the allegations brought against the DA were fat-fetched. He also explained that he could not divulge any details on DA donors’ identities in a bid to clarify the matter.

Spokesperson for Agang SA, Mark Peach, did not make any comment on the assertions. However, Agang’s chief operating officer Andrew Gasnolar denied the claims that a donation was behind the move, asserting that there was no single donor involved: “There was no transaction. There was no international donor brokering this alleged transaction.”

The failed merger of the two parties, under Dr Ramphele’s proposed candidacy as President, continues to fill headlines with new revelations. It would appear that between the leaders and their official representatives, someone needs to get the story straight, at the very least to keep their donors happy and not feed into the opposition.