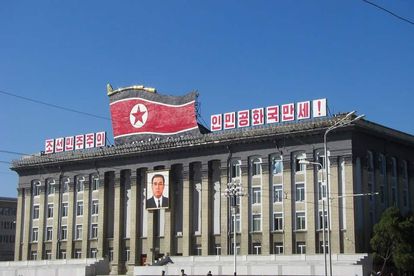 The DA Gauteng Spokesperson on Finance, Ashor Sarupen, wants answers on why the ANC allegedly used public money to send two party members on a “study tour” to North Korea.

The Asian country is notorious for its abysmal human rights record, repressive social policies and a brutal dictatorship ran by the Kim family. They are also famous for their hostile nuclear policy. So Sarupen is a wondering what there is to “study” there…

“The DA cannot understand what the ANC wants to learn from North Korea in a legislative environment unless this involves the creation of a one-party state.”

“A study tour to North Korea is a massive waste of taxpayer’s money and the only lessons to be learnt are how to repress a population, run forced labour camps and insolate yourself from the international community.”

The DA representative also revealed that at least one of the ANC MPLs attending was the Deputy Chairperson of Committees, Mike Madlala. He is the Gauteng Provincial Legislature’s deputy chairperson of committees. We reached out to Madlala earlier on Friday, but we’re yet to receive a response.

Sarupen is concerned that the taxpayer has had to pay for this “flagrant waste” of money:

“The trip is being arranged without informing any other parties and it appears that the Legislature is paying for this trip in absolute secrecy. The DA will be using internal legislative processes to hold the ANC accountable for this flagrant waste of taxpayer money.”

South Africa have had diplomatic relations in place with Mzansi since 1998. Those ties have got even stronger in the last five years after former International Relations Deputy Minister Ebrahim Ebrahim visited the secretive state in 2018.

Back in December, the North Korean representative in South Africa – Yong Man-ho – attended the ANC’s Elective Conference in Nasrec. He was seen enjoying a jovial discussion with then-leadership candidate Nkosazana Dlamini-Zuma, alongside three other officials from the North Korean Embassy.